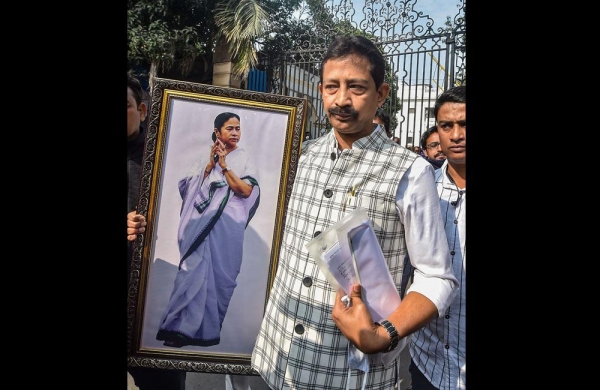 By Express News Service
KOLKATA: Former West Bengal minister Rajib Banerjee and a few other disgruntled former MLAs and leaders on Saturday left for New Delhi in a chartered flight arranged by the BJP high-command to join the saffron camp.

BJP sources said all these functionaries will return Kolkata after their induction in the BJP and they will be present in the Howrah event on Sunday.

Banerjee said he had a word with Union Home Minister Amit Shah who called him to the national capital. “After I resigned from the TMC, I received a call from the BJP leadership…..Amit Shah ji told me to come over to Delhi.

“I want to work for people. So whatever role is assigned to me, I will accept,” he said.

According to BJP sources, these TMC leaders were supposed to join the saffron party during Union Home Minister Amit Shah’s rally at Dumurjula in Howrah on Sunday.

However, Shah’s two-day visit to West Bengal was cancelled at the last minute following a blast outside the Israeli Embassy in the national capital.

Union minister Smriti Irani will now deputise for Shah at the programme.

Sources in the BJP said Shah might address the rally on a virtual platform. “The final nod from our national headquarters is yet to come. We have been asked to keep arrangements in place for Amitji’s virtual speech,” said a BJP leader.