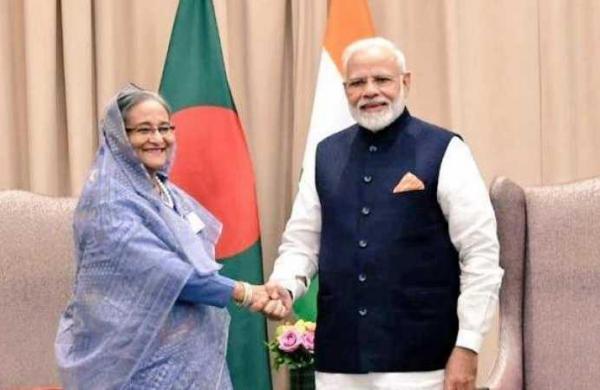 Express News Service
KOLKATA: Bangladesh has a role to play in the high octane Bengal polls.

Prime Minister Narendra Modi is scheduled to visit the neighbouring country and likely to offer respect at the shrine of Harichand Thakur, the founder of the Matua sect, at Orakandi in Gopalganj district on March 27, the day when the state goes to the first of the eight-phase elections.

Modi’s move is said to be a smart one ahead of the Assembly elections to woo the Matua electorates, who are a deciding factor in at least 35 seats in the north and south Bengal.

However, it is yet to be decided whether BJP MP from Bongaon Shantanu Thakur, who is a representative of Matuas, will accompany Modi.

The saffron camp’s high-command is trying hard to retain the support of Matuas, which is an SC community. Due to the Matuas’ support, the BJP could bag 18 seats in the 2019 Lok Sabha elections. The BJP had promised the followers of the sect, who had migrated from Bangladesh since the Partition, that they would be given citizenship by implementing the Citizenship (Amendment) Act.

“Recently, a section of Matuas expressed their discontent for the delay in giving them citizenship. Union Home Minister Amit Shah, during a recent visit to the sect’s headquarters in Bongaon, said the delay was triggered by the Covid-19 pandemic and assured to start the process after the completion of the ongoing vaccination programme. The Prime Minister visit to the shrine of the founder of the sect in Bangladesh will definitely help us to woo the followers of Harichand Thakur,” said a senior BJP leader.

Sources in the party said Modi will reach Bangladesh on March 26, the country’s Independence Day. He also expressed his desire to visit Tungipara where Bangabandhu Sheikh Mujibur Rahman lies buried and the visit has been scheduled for March 27. The shrine of Harichand Thakur is not far from Tungipara.

Matua sect originated in Bangladesh as a result of the religious reformation movement by the followers of Harichand Thakur, who born in a peasant family, in the then greater Faridpur, Bangladesh. After 1947, the followers formed the second organisation in Thakurnagar iin Bongaon, North 24-Parganas. Matuas migrated from Bangladesh to Bengal in two phases, after Partition in 1947 and Bangladesh war in 1971, and settled mainly in the India-Bangladesh border region spreading from north Bengal to south Bengal.