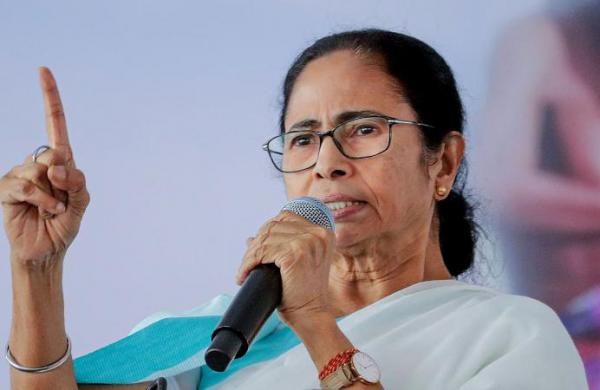 Explaining how the BJP is hurting the religious sentiment, she said rath means Lord Jagannath’s chariot.

“People from other states come to Bengal only to create problems. They don’t know the culture of Bengal. They are here to play dirty politics. Nowadays, they are roaming around like gods and goddesses in a five-star rath. For us, rath means Lord Jagannath’s chariot. But BJP is hurting the religious sentiments by roaming in a five-star rath and enjoying non-veg food and biryani. They are not here to create Sonar Bangla but to make it a Dangar (riot) Bangla,” said Mamata, while addressing a rally in Raiganj in north Bengal’s North Dinajpur district.

BJP leaders such as Union Home minister Amit Shah and the party’s national president JP Nadda never miss an opportunity to promise the people of Bengal that they will turn the state into Sonar Bangla after wresting power in 2021 Assembly elections.

Referring to the largescale exodus from her party to the BJP, the Bengal CM labelled the defectors as greedy and hedonist. “BJP can buy a few people. But I will not allow them to sell out Bengal. Those who are quitting the TMC are lobhi (greedy) and bhogi (hedonist). But tyagis (the one who sacrifices) will never sell themselves,” she said.

In an oblique reference to her former aide Suvendu Adhikari’s defection to the BJP, Mamata said, “I am happy that Trinamool Congress has got rid of one such lobhi. Today, I would like to announce that I will promote tyagis to serve the people of Bengal.”