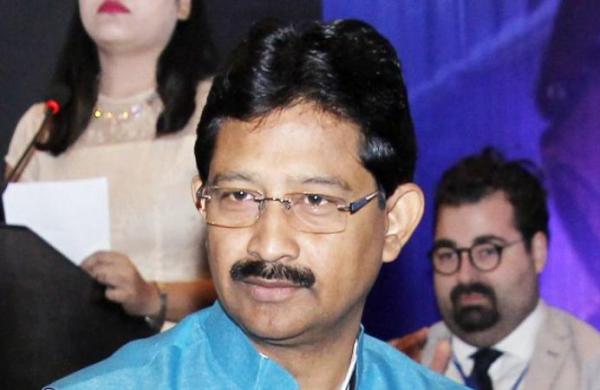 By Express News Service
KOLKATA: Bengal Minister for Forest Affairs Rajib Banerjee on Friday stepped down from Mamata Banerjee’s cabinet amid murmurs of his defection to the BJP.

Banerjee handed over his resignation letter to governor Jagdeep Dhankhar at Raj Bhavan and broke into tears while explaining the reasons behind his decision.

“My removal from the irrigation department and the way it was done was unexpected. After spending two days in north Bengal, I returned to Kolkata and was in the party office. I came to know that I was moved to the forest department from TV news. I expected the minimum courtesy from the chief minister,” said Banerjee.

Banerjee’s resignation letter reads: “It has been a great honour and privilege to serve the people of West Bengal. I heartily convey my gratitude for getting this opportunity.”

Banerjee, however, did not rule out the possibility of joining another political platform. “I want to work for the people. I don’t know what platform I will get.”

Before going to Raj Bhavan, Banerjee went to the chief minister’s office at her Kalighat residence and tendered his resignation.

The MLA from Domjur had been airing his grievances against a section of TMC leaders over the past few weeks alleging he was not being able to work for the people. “I had decided to resign two-and-a-half-year ago after I was removed from the irrigation department. The chief minister, somehow, stopped me. In the past few weeks, I expressed my discontent on several occasions. But the statements by a section of my colleagues were painful enough to make this decision,” said Banerjee.

Banerjee had skipped five consecutive cabinet meetings. TMC leadership held a series of meetings with him but it proved futile.

TMC MP and spokesperson Saugata Roy said Banerjee’s resignation was expected. The party’s secretary-general Partha Chatterjee said party leaders like Banerjee and others would realise that their decision was wrong.

BJP state president Dilip Ghosh said Banerjee resigned as a minister but he is still a TMC MLA. “We cannot do anything unless he resigns from the party and the post of the MLA. We will wait for him if he wants to join our party,” he said.