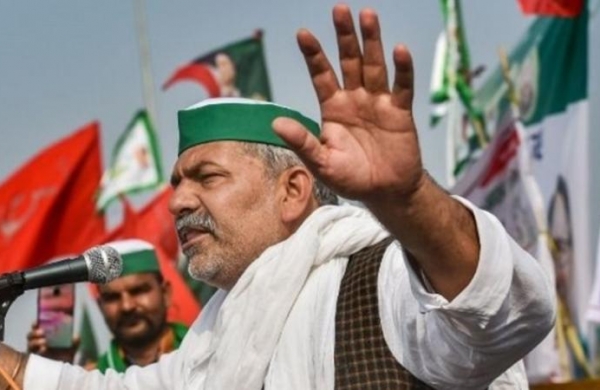 Express News Service
KOLKATA: The heat of farmers protest over the new farm laws have reached poll-bound Bengal as eight leaders of Samyukta Kisan Morcha (SKM) arrived in Kolkata on a three-day visit to campaign against the BJP.

The farmer leaders from Punjab will address five rallies including the ones in Nandigram and Singur — the Assembly constituencies where Mamata Banerjee had spearheaded the movement against forcible land acquisition and emerged as a firebrand leader.

The SKM’s visit to Nandigram is said to be significant as the East Midnapore pocket has become the epicentre of the fierce battle between the ruling TMC and the BJP as the Chief Minister is contesting the election from the constituency by taking on her former aide Suvendu Adhikari.

“While addressing a rally in Haldia last month, Prime Minister Narendra Modi tried to woo the farmers in East Midnapore. The SKM is not urging the electorates to vote in favour of us. Their agenda is to take the people of Bengal into confidence so that they do not vote for the BJP in the upcoming Assembly elections. Voting against the BJP will result in our electoral dividend,” said a senior TMC leader.

“We are not supporting any political party and telling people whom to vote for. Our only appeal is to vote against the BJP and gives it to anyone who is capable of defeating the BJP,” said activist Yogendra Yadav.

The SKM also issued a letter urging Bengal’s farmers not to vote for the saffron brigade. In the letter, the SKM said, “BJP’s defeat in the election will force the Centre to repeal the farm laws.”

Citing the SKM’s narrative, the TMC leader said the appeal of the farmers’ organisation, which caught national attention by staging demonstrations at Delhi borders, would directly benefit the TMC. “They are appealing to the people for votes for any political party who can defeat the BJP. In Bengal, BJP made deep inroads riding the vote-share of the CPI(M). Our Chief Minister supported SKM’s movement. It is clear to Bengal’s electorates that we the only political force in the state which can defeat the BJP,” he said.