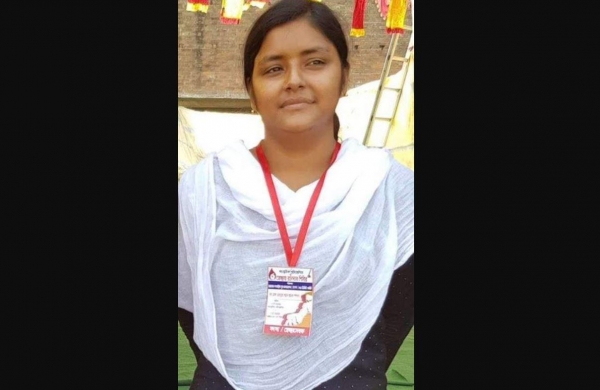 In Nandigram, the party fielded its youth wing state president Minakshi Mukherjee from where chief minister Mamata Banerjee is contesting.

Earlier, the Left announced a candidate list for 39 Assembly seats.

“This time, the young party members have been given priority. Nearly 70 per cent of our candidates are within the age bracket of 25 to 50 years. Our young faces have been fielded in the upcoming electoral battle to take on both the TMC and BJP candidates,’’ said a CPM leader.

Aishe, a resident of Asansol, a neighbouring pocket of Jamuria, replaced CPM’s incumbent MLA Jahanara Khan, who secured victory with 43.29 per cent vote share in the 2016 Assembly elections. The party’s performance was unimpressive in the 2019 Lok Sabha elections in the Jamuria Assembly constituency as it bagged only 9.7 per cent of votes.

In January last year, Aishe was severely injured when a group of masked attackers, armed with sticks, stormed the campus of JNU and attacked students and teachers and damaged the property of the prime university. In a video shared on social media, Aishe, who had to be admitted to the AIIMS trauma care centre, was seen crying while bleeding profusely from the head.

Delhi police registered an FIR naming nine students, including Ghosh, in connection with the violence. In the FIR, Ghosh was held accused of vandalising the university server room and manhandling and threatening guards.

In the candidate list, The Left Front left 92 seats for Congress and 30 seats for the newly formed Indian Secular Front (ISF), the two allies of the alliance.