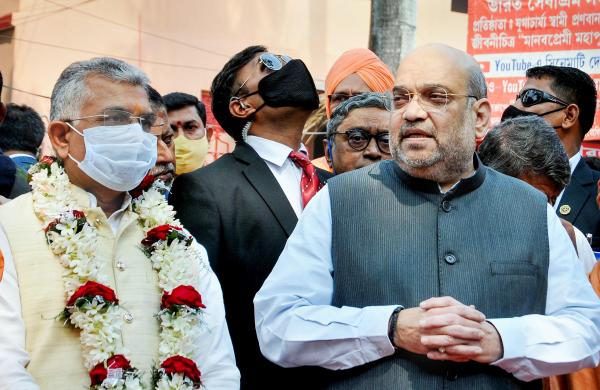 By Express News Service
KOLKATA: With 10,000 applications received in drop boxes and along with recommendations by district functionaries, the BJP’S Bengal leadership arrived in Delhi to finalise the list of soldiers to take on the ruling TMC in the Assembly elections.

“We wanted to know who among our supporters want to contest the elections. We placed three drop boxes from where we received 10,000 applications. Besides, our district functionaries gave a list of 120 candidates to contest in the first two phases,” said a BJP leader.

Sources in the BJP said the final announcement of the candidates’ list might trigger discontent among the party’s old foot soldiers. “The party might field the turncoats in the election. But our committed workers will not accept it,” said a BJP leader.

Sources in the BJP said at least 15 legislators who defected from the TMC will get tickets to contest. Besides, the batch of 12 Bengali cinema and TV actors will also be fielded,” said a senior BJP leader.

The saffron camp is still trying to make inroads into Bengal’s culture clan by giving some of them poll tickets. “The ruling TMC will follow its tradition of giving tickets to star candidates and celebrities from other fields. We have adopted the same modus operandi and ready to give the ruling party a surprise by inducting public figures,” said another BJP leader.

Suvendu, in all his recent rallies, challenged the Bengal CM saying that he will defeat her by over 50,000 votes if she contests from the Nandigram seat.