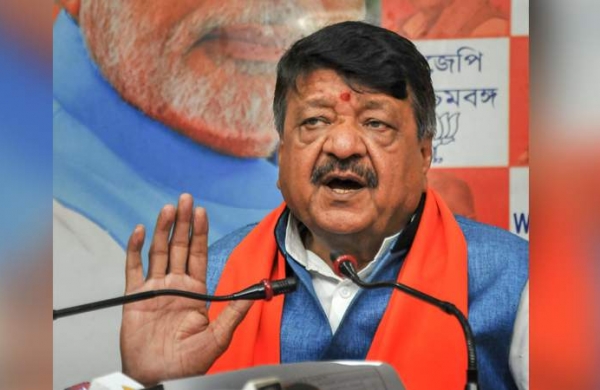 Express News Service
KOLKATA: In a bid to ease the discontent of Matuas triggered by the cancellation of Amit Shah’s West Bengal visit on Saturday, BJP’s top-level functionaries visited the religious sect’s headquarters at Thakurnagar in Bongaon, North 24 Parganas, on Saturday and assured that the Union Home Minister would come to the area shortly.

“Amitji’s event had to be cancelled because of the unavoidable situation in Delhi. He called Vijayvargiyaji and talked to Shantanu Thakur over the phone. There is no reason to get disappointed. He (Shah) assured that he would visit the area any day in the near future,” said Roy.

Roy also said the stage which was set up for Shah’s visit would not be dismantled. “It will be kept ready. Matuas will be informed shortly when Amitji is coming here and thousands of people will spill over the ground where the Union Home Minister will address a rally,” he added.

Shah’s Bongaon visit was a much-awaited event as the followers of the religious sect wanted him to announce a deadline for giving them citizenship by implementing CAA. Matuas belonging to the scheduled caste community, who had migrated from Bangladesh after the 1947 Partition and 1971 war, voted for the BJP in the 2019 Lok Sabha elections en bloc after the saffron camp had promised them citizenship.

Banking on Matuas’ support, BJP’s deep inroads resulted in a massive jolt to the ruling Trinamool Congress, which failed to retain two Lok Sabha seats in south Bengal—Bongaon, and Ranaghat.

Bengal BJP functionaries planned to bring Shah to Matua stronghold after the local MP, on several occasions, expressed his discontent for not implementing the contentious CAA and saying, “I don’t know what will be Matuas’ political alignment in the upcoming Assembly elections if the citizenship promise is not kept.”

Using the cancellation of Shah’s visit as a political tool to regain the support-base, former TMC MP of the area Mamatabala Thakur alleged the BJP insulted Matuas by giving them a false promise of citizenship before last year’s general elections. “He (Shah) could have come here today for a few hours as the incident (the blast in Delhi) took place. It is a fact that the BJP has nothing to say before Matuas,” she said.