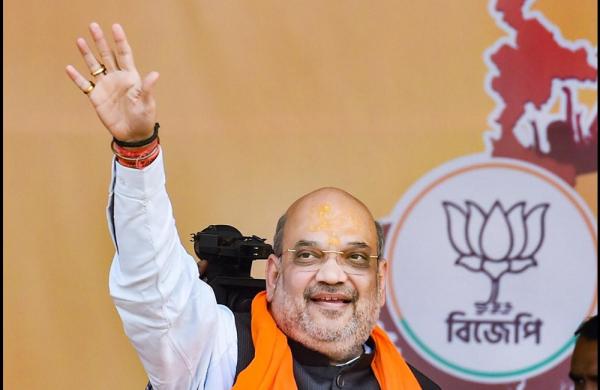 Express News Service
KOLKATA: Union Home minister Amit Shah on Thursday announced a slew of promises in a bid to woo the support of fishermen and women who are aspiring for government jobs.

While addressing a rally at Namkhana, South 24-Parganas, Shah said if the BJP wrests power in Bengal, a separate ministry will be set up for the fishermen, and 33% of government jobs will be reserved for women.

“Fishermen are forced to bribe to Trinamool Congress’s musclemen for venturing into the sea. After overthrowing the TMC-led government, the fishermen’s plight will end. The Namkhana area will be made a separate district and the area will be made an integrated fishery zone,” Shah said.

The Union Home Minister also announced a beneficiary scheme like the PM Kishan Samman Nidhi. He said it will be introduced if the BJP is given an opportunity to rule the state. “Like the scheme for farmers, fishermen will get Rs 6,000 assistance every year and the sum will be credited to their bank account directly,” he said.

The delta region of the district has a sizable number of people who depend on fishing for their livelihood. In a bid to woo their support, Shah had lunch at a house of a fisherman in Namkhana.

Shah also alleged that the Mamata Banerjee government is not allowing Hindu festivals and indulging in political violence which has so far claimed the lives of 130 BJP workers.

“Shouldn’t Durga Puja be conducted in West Bengal? However, the court’s permission is needed for it. Shouldn’t Saraswati Puja take place here? She (Mamata) has stopped it. Didi, Bengal knows you stopped Saraswati puja in schools,” he lashed out.

Shah on Thursday flagged off the fifth and final phase of five Parivartan Yatras from Namkhana. In the morning, he visited Bharat Sevashram Sangha in south Kolkata, and before addressing the rally, he went to Kapil Muni Ashram in Gangasagar, a popular religious destination of Hindus.