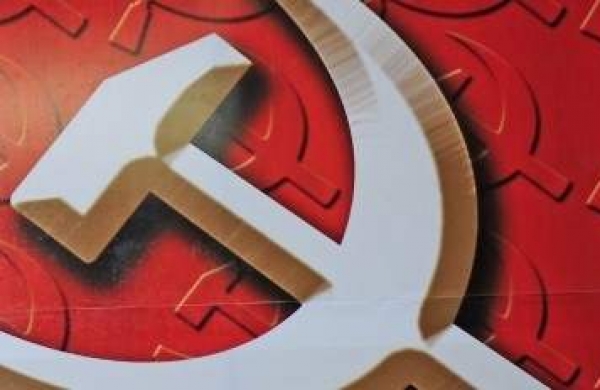 By PTI
NEW DELHI: Acknowledging that the advance of the BJP in West Bengal was “real”, the CPI(M) has said that despite certain circles advocating its tie-up with the TMC in the state, such a move would be “suicidal” for the Left and will mean victory for the saffron party.

According to an editorial in the latest edition of the party mouthpiece People’s Democracy, the CPI(M) and the Left parties have the biggest stakes in the elections in West Bengal and Kerala.

“The situation in West Bengal is the most complicated. The BJP is making a serious bid to capture power in the state. For that, it is deploying all its men and resources backed by the RSS. The 2019 Lok Sabha election saw a polarisation between the TMC and BJP and the latter won 18 of the 42 seats polling 40.6 per cent (of votes). The Left Front got squeezed out in this polarisation and got only 7.4 per cent of the votes. The CPI(M) and the Left Front have been strenuously working to recover lost ground,” it said.

“The danger of BJP advance in West Bengal is real. This has led some liberal and Left circles outside Bengal to advocate cooperation with the TMC by the CPI(M) and Left Front. This would be suicidal for the Left and actually facilitate a BJP victory,” according to the editorial.

It also stated that the strong discontent against the TMC and its “thuggish misrule” and attitude to Mamata Banerjee and her party on the part of the Left will drive all the anti-TMC voters into the arms of the BJP.

“In fact, it is the projection of an alternative combination of the Left Front, Congress and other non-BJP, non-TMC forces that can rally these people and deprive the BJP of additional support,” it said.

The contest in Kerala is between the CPI(M)-led LDF and the Congress-led United Democratic Front (UDF).

The BJP is aspiring to become the third pole as it knows very well that it cannot be the main contender in these polls.

The Left Democratic Front (LDF) government under Pinarayi Vijayan’s leadership has a remarkable record of performance in developmental work and social welfare measures, it said.

The editorial also alleged that in Assam, the BJP has sought to use the National Register of Citizens (NRC) and the Citizenship Amendment Act (CAA) to advance its communal agenda.

“In the run-up to this election too, the BJP leadership is indulging in rabid communal rhetoric with the patent aim of creating a communal polarisation. It is therefore of utmost importance, to ensure the defeat of the BJP alliance in this election,” it said.

It said that to defeat the ruling BJP in Assam, a combination of seven parties has emerged comprising Congress, AIUDF, CPI(M), CPI, CPI(ML), Anchalik Gana Morcha and Bodoland People’s Front.

In respect to Tamil Nadu, the editorial said that this election is not the usual contest between the two Dravidian parties and its allies as in the past.

It said that the fight against the AIADMK is also a fight to check the BJP and its advance.

“In 2016, one of the reasons the DMK alliance could not win the assembly election was because four parties — CPI(M), CPI, VCK and MDMK — had contested separately as the People’s Welfare Front. Now all these parties are in the DMK-led alliance. It is essential that the DMK strengthen the alliance by a fair distribution of seats to these four parties,” it said.

It also accused the BJP of “skulduggery” in Puducherry wherein the Congress government was toppled on the eve of the election.

It alleged that first the government was not allowed to function using the Lt.

Governor and then defections were “engineered”.

In Puducherry, the V Narayanasamy-led Congress government resigned ahead of a vote of confidence last month.