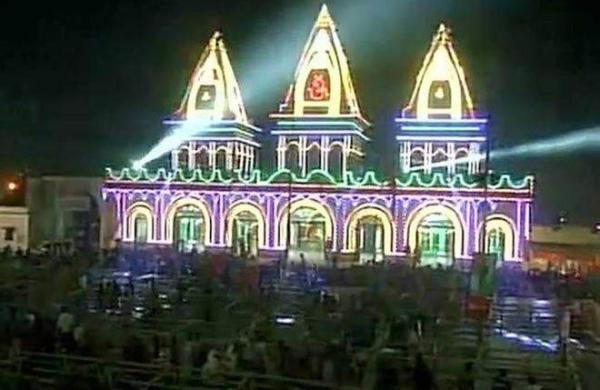 By PTI
KOLKATA: The West Bengal government has opened a control room for registering of any complaint and grievance in connection with the Gangasagar Mela which began on Tuesday at Sagar Island in South 24 Parganas district, an official said.

Apart from the State Emergency Control Room, public grievances and complaints can also be lodged with the district administration.

Lakhs of pilgrims from across the country and abroad flock to the Sagar Island — about 130 km from Kolkata — to take the holy dip at the confluence of the Hooghly river and the Bay of Bengal on the occasion of “Makar Sankranti”.

They also offer prayers at the Kapil Muni Ashram during the Gangasagar fair, considered to be the second-largest congregation after the Kumbh Mela.

Makar Sankranti marks the end of the winter solstice month and the beginning of longer days.

According to the calendar, the timings of the holy dip this year will be for 24 hours from 6.02 am on January 14.

Around 50 lakh people visited the fair last year, but due to the COVID-19 pandemic the authorities expect the number of pilgrims will go down this time, the official said.

West Bengal Chief Minister Mamata Banerjee had said that her government has made arrangements for ‘e-snan (e- bathing)’ for those who will not be able to come to the island for the annual ritual at the confluence of the Hooghly river and the Bay of Bengal due to the coronavirus outbreak.

Arrangements have also been made to send the holy water and ‘prasad’ to anyone who orders for these from any part of the country at a nominal delivery fee, she said, adding that COVID-19 safety protocols would be maintained at the Gangasagar Mela which will end on January 16.

All people at the fair will be provided with an insurance cover of Rs 5 lakh from January 8 to 16, she had said.

She had on January 4 urged pilgrims to go to the annual fair in smaller numbers this year in view of the COVID-19 crisis.

Banerjee said that there would be 13 medical screening camps at all major entry points to the fair where COVID-19 tests would be conducted for the pilgrims.

She said that a 600-bed COVID hospital and six wellness centres were set up at the Gangasagar Mela site.

About 9,000 police personnel are being deployed in and around the island to prevent any untoward incident, the official said.

Around 1,050 CCTV cameras will be installed and 20 drones will be flown to ensure proper crowd management, he said.

In a bid to provide a smooth transportation facility to the pilgrims, 2,750 government and private buses, five barges, 32 vessels and 100 launches have been pressed into service.