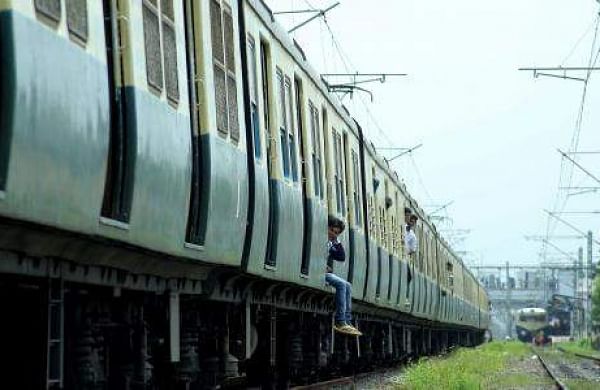 KOLKATA: Amid blockades at several railway stations on Monday in protest against the curbs imposed on local train services in Bengal, the state government modified the order its issued a day ago, extending operations till 10 pm from the earlier 7 pm.

According to the modified order, the last train will leave its station of origin at 10 pm, an official said.

“In modification of the earlier order, local train services will now be extended up to 10 pm in place of 7 pm. The last train will leave at 10 pm,” the official at the state secretariat said.

On Sunday, Chief Secretary HK Dwivedi, while announcing fresh COVID-19 curbs in the state, had said that local trains would be allowed to operate at 50 per cent seating capacity till 7 pm.

Commuters during the day were seen travelling in crowded local trains, thumbing their nose to the restrictions imposed by the government to curb the spread of COVID-19.

Some of them were found desperately pushing the others while trying to board the jam-packed coaches in the evening, on their way home from work.

Eastern Railway spokesperson Ekalavya Chakraborty said services would continue till 10 pm and not 7 pm, in accordance with the directions of the state government.

Other mail, express, long-distance passenger trains, parcel and freight services would run as per usual schedule, he told reporters.

Wearing masks in trains has been made mandatory, and railway authorities are making time-to-time announcements to generate passenger awareness on COVID-19 protocols, he added.

Locals in Baruipur claimed that a woman fell off a moving train in the Sealdah south section late in the afternoon.

She was taken to nearby hospital for treatment, they said.

The ER spokesperson, however, said that the railways had no such information.