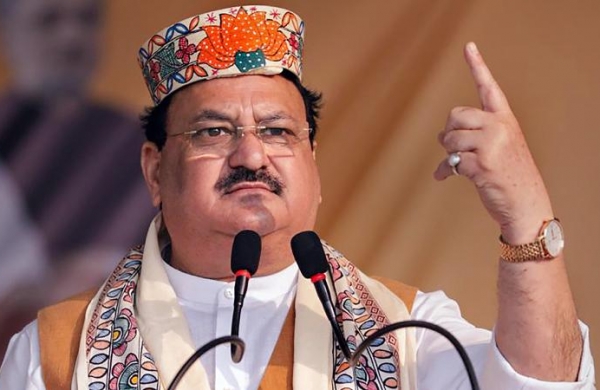 By ANI
KOLKATA: A well-known personality from West Bengal is likely to join the Bharatiya Janata Party (BJP) in the presence of the party’s national president JP Nadda on Saturday, sources said.

On reports of actor Mithun Chakraborty sharing the stage with Prime Minister Narendra Modi at his rally at Brigade Parade ground in Kolkata on March 7, BJP National General Secy Kailash Vijayvargiya said, “There will be only public and Prime Minister Narendra Modi, who is the biggest celebrity. We’ll welcome those coming in, If Mithun Chakraborty comes, we will welcome him.”

“I believe this will be the biggest rally in the history of Bengal. Mamata is now afraid of losing. Last time, she gave 57 tickets to minorities, but this time she gave 42 tickets to them,” he said.

Speaking to ANI, West Bengal BJP vice president Arjun Singh said, “If Mithun Chakraborty comes, it will be good, both for Bengal as well as our party. If he comes on a stage where there is Prime Minister, the people of Bengal will be happier.”

Bharatiya Janata Party (BJP) is going the extra mile to ensure that Prime Minister Narendra Modi’s rally at the Brigade Parade ground in Kolkata on March 7 witnesses a historical crowd. It is going to be the first rally of the Prime Minister after the announcement of Assembly poll schedules in West Bengal.

Prime Minister Narendra Modi is scheduled to hold the first rally in West Bengal on March 7 after the announcement of the assembly poll schedule. The rally will be held at the Brigade Parade ground in Kolkata.

According to party sources, many folk artists have been invited to perform at the event.

The elections for the 294 Assembly seats in West Bengal will begin on March 27. The state is going to witness eight-phase Assembly polls this year.