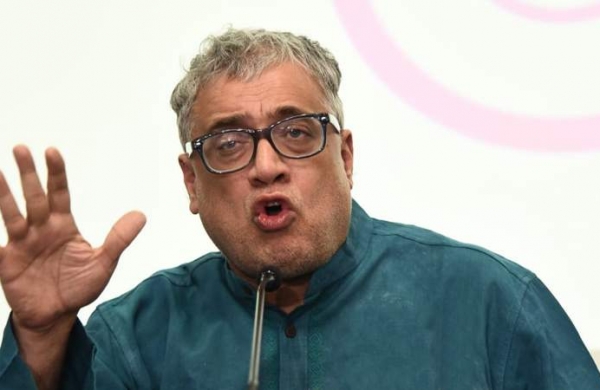 The TMC delegation consisting of MP Derek O’Brien, Chandrima Bhattacharya and Partha Chatterjee met the CEO at noon in the state election commission office at 21 NS Road in Kolkata.

“We met the CEO today on the attack on the Chief Minister. We condemn the way election commission remained alienated on state’s law and order situation,” Partha Chatterjee told reporters here after submitting a complaint copy to the CEO.

The delegation also raised the issue of the removal of the Director General of Police (DGP) Virendra. ECI on March 9 in its letter had stated that the DGP should not be given any post which directly or indirectly related to the conduct of the election.

“On March 9, the EC changed the DGP. On March 10, a BJP MP posted on social media – ‘aap samajh jayenge, 5 pm ke baad kya hone wala hai’ and it happened to Mamata Didi at 6 pm. We condemn these incidents and this kind of behaviour and want the truth to prevail,” O’Brien said.

“It was in such poor taste that within 30 minutes, there were other kinds of statements. We condemn those statements. Talk to doctors and see what happened,” he added.

After the TMC representatives left, 30 minutes later, a BJP delegation comprising of Sabyasachi Dutta and Shishir Bajoria met the CEO.

“Where is the ambulance? CM convoys have an ambulance. Which was the hospital that is generally allotted to the Chief Minister in case of emergency? Why she had to travel to Kolkata? The TMC said it happened after the ECI took over but what were the four IPS doing?” the BJP said.

Responding to TMC’s allegations against the ECI regarding the law and order situation in the state, the BJP said that it is like attacking a soft target and requested Mamata Banerjee to go to the Central Bureau of Investigation (CBI).

“We are shocked to see CM was injured while in Nandigram wherein she has alleged that she was pushed by some people. We request that a detailed enquiry is ordered,” read BJP’s memorandum.

The Chief Minister, who was on a two-day visit to Nandigram from where she filed her nomination earlier on Wednesday, alleged that she was pushed by a few unidentified people during her election campaign.She was later brought to Kolkata’s SSKM Hospital by road from Nandigram.

Banerjee sustained “severe bony injuries” on her left foot and ankle as well as bruises and injuries on her shoulder, forearm and neck, according to the report of her initial medical examination.