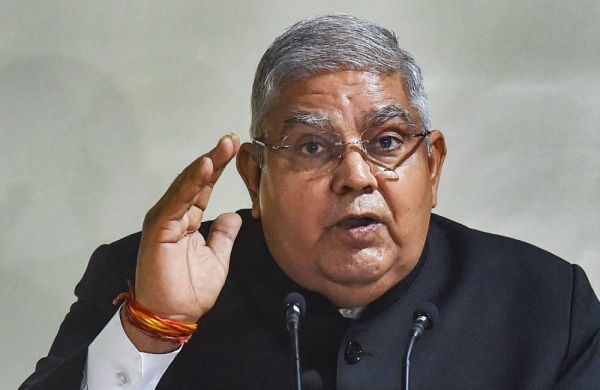 By PTI
KOLKATA: West Bengal Governor Jagdeep Dhankhar on Saturday paid tribute to Mahatma Gandhi on his death anniversary and said that the assembly elections due in April-May should be devoid of violence.

The Father of the Nation had preached for non-violence and it should be adhered to in the polls, he said.

“In the coming polls in 2021, we have the opportunity to make it free of bloodshed and violence. The coming polls should not be blood-stained like the 2018 (panchayat) polls. There should be a complete air of non-violence and peace this time,” Dhankhar said.

He told reporters that he was not speaking from “political considerations”.

While politicians will be engaged in politics, his aim is to safeguard the Constitution and save democracy, Dhankhar said after paying homage at the statue of Mahatma Gandhi on Mayo Road in Kolkata.

“Everyone must follow Gandhiji’s motto of non- violence. He was an ambassador of peace,” he said.

Reacting to this, West Bengal minister Bratya Basu said, the governor “must have uttered these words keeping in mind that Gandhiji was gunned down by fascist forces on this day. In our state, we will always keep resisting such forces.”

Mahatma Gandhi was shot dead on this day in 1948 by Nathuram Godse.

His death anniversary is observed as Martyrs’ Day.