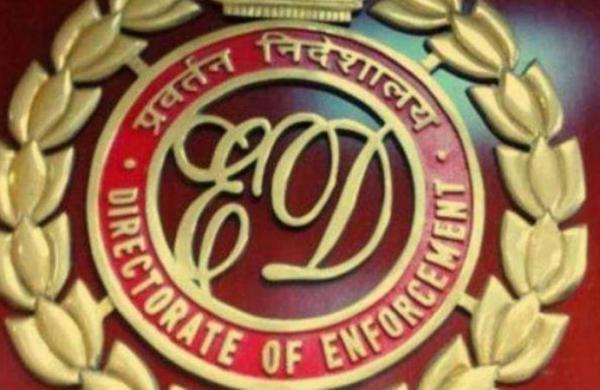 By PTI
NEW DELHI: The ED has filed a money laundering case against BSP MLA from Uttar Pradesh Vinay Shankar Tiwari and some others to probe an alleged fraud of over Rs 750 crore against a consortium of banks led by the Bank of India (BoI), official sources said on Wednesday.

The central probe agency’s Lucknow zonal office has filed an ECIR or the enforcement case information report under various sections of the Prevention of Money Laundering Act against the MLA from Chillupar (Gorakhpur) and Gangotri Enterprises, a company based in the Uttar Pradesh capital.

Tiwari, 54, is the son of former minister and strongman from Gorakhpur Hari Shankar Tiwari.

The Enforcement Directorate (ED) studied a CBI FIR of October last year filed against Tiwari, his wife Rita, Gangotri Enterprises among others to register its ECIR, the ED equivalent of a police FIR, the sources said.

The CBI had also carried out raids in Lucknow and Noida after filing this complaint. The alleged fraud perpetrated against the BoI-led consortium of banks involves Rs 754.25 crore.

According to official sources, the ED’s probe scanner is on at least four instances that led to the alleged “diversion and misappropriation” of the bank funds.

The company (Gangotri Enterprises) has invested in the group company without major capital contribution from the promotors’ side.

It created “double charges” in fixed assets, which means that the company mortgaged the same property for availing multiple loans, the ED complaint said.

It alleged that the accused company mortgaged agricultural land to avail loans but did not change it to non-agricultural land, one of the conditions for availing the loans, despite repeated reminders from the bank.

“The company has not routed receipts through TRA (trust and retention account) which is also one of the conditions to avail the loan facilities,” it alleged.

The sources said the agency is now identifying movable and immovable properties of the accused for possible attachment under the PMLA once the primary probe finds money laundering and linked financial irregularities.

The role of the MLA, his family members, associates and bank officials will also be probed and they are expected to be examined in the coming days, they said.