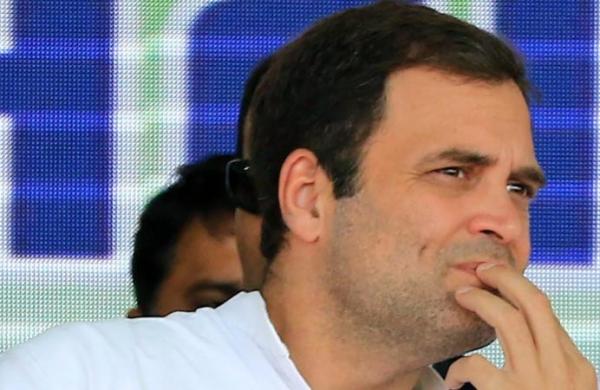 By PTI
AHMEDABAD: The Gujarat High Court has suspended till March 10 the lower court’s proceedings in a criminal defamation case filed against Congress leader Rahul Gandhi by the Ahmedabad District Cooperative (ADC) Bank.

Following the high court’s directive on Wednesday, Gandhi’s discharge plea, filed before Additional Chief Metropolitan Magistrate S P Dulera and which was supposed to come up for hearing on Thursday, will now be taken up on March 15.

ADC Bank chairman Ajay Patel, one of the complainants in the case, had approached the high court after the metropolitan court rejected his plea seeking exemption from personal appearance before the court twice.

On February 3, when Patel’s plea seeking exemption as well as adjournment of proceedings was rejected for the second time, Rahul Gandhi’s lawyer moved an application seeking discharge of his client from the case on the ground of continuous absence of the complainant.

Meanwhile, Patel knocked on the doors of the high court againstthe lower court’s order on the ground that he was unable to attend the proceedings as he “was suffering from COVID-19 and was advised to take rest by doctors”.

High Court Justice B N Karia on Wednesday allowed Patel’s plea and asked the metropolitan court to suspend the proceedings till March 10, when the high court would conduct further hearing.

Justice Karia also advised Patel to file a fresh exemption plea before the metropolitan court and remarked that “the (lower) court shall consider the prayer of the applicant”, the order stated.

ADC Bank and Patel dragged Gandhi to court over the Congress leader’s allegation that the bank was involved in a scam as it swapped scrapped notes of Rs 750 crore with valid currency within five days of demonetisation in 2016.