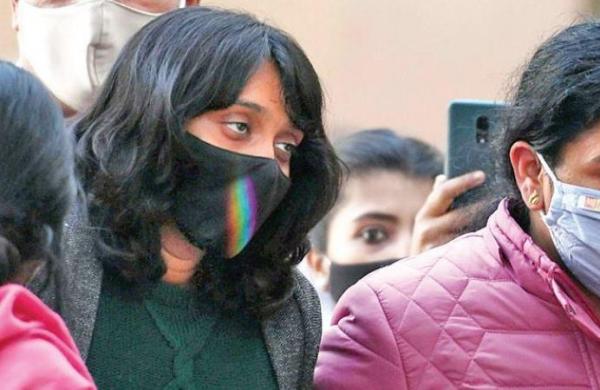 “The bail is a big relief. It is a vindication in her specific case. It does not give me as much comfort as it should. In the case of the arrests of scores of people in Delhi in supporting peaceful protests, people like that have been denied bail. Even though there has been no evidence against them,” said CPI(ML) member Kavita Krishnan.

“The minute the UAPA is invoked, the state is able to throw a citizen into jail without bail indefinitely. This is atrocious.”  Disha’s bail is a wake-up call to remind the people that bail is a right for everyone, she asserted. “Everyone should get bail as a norm. ”

Vani from Saheli, a women’s rights group, said, “Things are like they should be. The bail is welcome. The judiciary should do what needs to be done, especially with these political arrests.”

Congress leader P Chidambaram said the ‘lofty principle’ that bail was the rule was applied by the court in the case.

Activist Saket Gokhale tweeted that in granting bail to Disha, the court specifically holds that there was no call for violence in the ‘toolkit’ and that sedition cannot be invoked “to minister to the wounded vanity of the governments”.

ALSO READ: We are happy and thank all who supported us, says Disha Ravi’s mother after court grants bail

Senior lawyer Indira Jaising asked why did the Bengaluru-based climate activist had to spend so many days in police custody. “Who will compensate her for lost time and dignity?”

Lawyer Prashant Bhushan said the Delhi Police must be taken to task and held accountable.

“Thank God for these judges who still understand the right to liberty & the rule that bail can be denied to an accused only in exceptional circumstances. The arrest was totally malafide. The Delhi Police must be taken to task.”