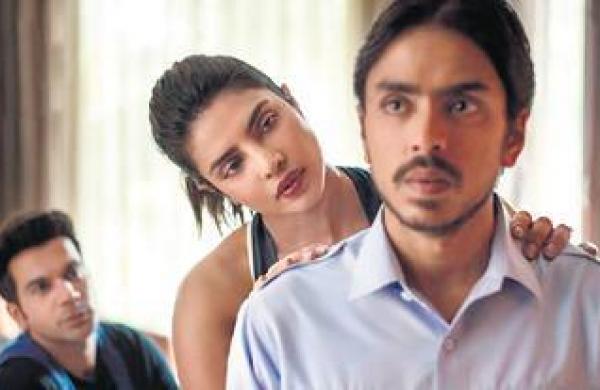 By ANI
WASHINGTON: The longlists for BAFTA 2021 were recently unveiled and Ramin Bahrani’s directorial ‘The White Tiger’ earned a spot in several categories. Actors Priyanka Chopra and Adarsh Gourav also made it to the British Academy of Film and Television Arts’ longlists for their powerful performances in ‘The White Tiger’.

‘The White Tiger’, which also stars actor Rajkummar Rao, made it to seven categories, including the Best Film, Best Actor, and Best Director. Priyanka is on the Best Supporting Actress longlist for her role in the film while Adarsh made it to the longlist for the Best Actor category.

As per Deadline, the film also got selected for the Best Adapted Screenplay, Best Cinematography, and Best Editing.

‘The White Tiger’, directed by Ramin, explores India’s class struggle and is told from the perspective of Balram (Adarsh), a lower-class citizen who becomes a chauffeur for a rich landlord named Ashok and his wife named Pinky played by Rajkummar and Priyanka respectively. Priyanka is also the executive producer of the film.

The film is adapted from Aravind Adiga’s Man Booker Prize-winning debut novel of the same name.

After a few rounds of voting, the final list of nominations for the BAFTA Awards will be announced on March 9. The award ceremony will take place on April 11. The event usually takes place before April but was postponed due to the ongoing coronavirus pandemic.