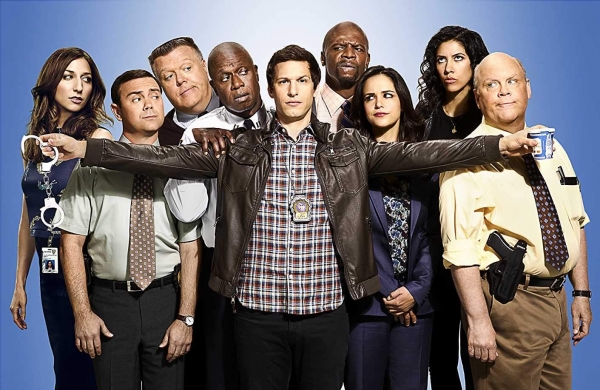 By Online Desk
American TV show ‘Brooklyn Nine-Nine’, which airs on NBC, will end production with its upcoming and final season.

The news was officially announced on Twitter, with a statement by co-creator Dan Goor.

The show starring Andy Samberg, Felissa Fumero, Andre Braugher, Craig Robinson, and others was hit among fans breaking many stereotypes and addressing discrimination.

“I feel incredibly lucky to have worked with this amazing cast and crew for eight seasons,” Goor’s statement read.

“They are not only among the most talented people in the business, they are all good human beings who have become a family. But most of all, I feel lucky that we have had the best fans in the world. Fans who literally saved us from cancellation,” he continued.

The show, which started in 2013, was canceled in 2018 by Fox due to bad ratings but a massive outcry from fans and celebrities got it picked by NBC later.

“Ending the show was a difficult decision, but ultimately, we felt it was the best way to honor the characters, the story and our viewers. I know some people will be disappointed it’s ending so soon, but honestly, I’m grateful it lasted this long. Title of my sex tape,” said Goor.

Reacting to the news, actor Melissa Fumero wrote on Twitter, “It has been one of the greatest joys and honor of my life to play Amy. I am so grateful to be able to take a victory lap with our beloved cast and crew. To our amazing fans, we love you. No tears for now, we still have a whole season to shoot!”

It is being reported that unlike the previous seasons, the last one will feature only 10 episodes.