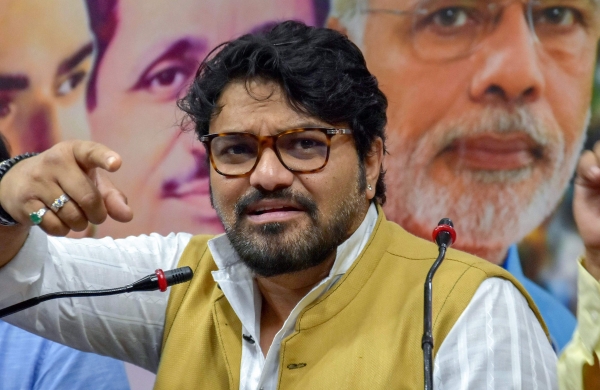 By Express News Service
KOLKATA: Hours after writing a cryptic post on his Facebook account dropping hits at quitting politics, former Union minister Babul Supriyo edited the same triggering speculation on his next political move. While he indicated in the original post that he will not be joining any politial party, in the edited version, Supriyo has deleted the same.

On Saturday, the MP from Asansol took names of Trinamool Congress, Congress and CPI(M) while saying he is not joining any political party. Late on Saturday, he edited the content of his post and took out that portion.

“I am confirming that no one has called me. Neither I am going anywhere. I am a one-team player. Have always supported one team Mohun Bagan, have done only BJP. That’s it,” the MP had written before taking out that part. In his first edit, Supriyo announced that he is quitting as MP as well.

“It is a clear indication that Supriyo doesn’t want to shut all doors. Rather, he has opened it by editing the content. He actually fuelled to the speculations of his next political move,’’ said a senior BJP leader.

In his Saturday’s Facebook post, Supriyo had made it clear that there was a link between his removal from the cabinet and his decision to quit politics. He also pointed out difference of opinion between him and BJP’s West Bengal leadership.

Replying to a comment describing the editing by the singer-turned-politician was a reflection of his confusion, Supriyo replied, “That’s exactly what editing is…you try to male an article better ! Not history, loot at future. Read it fresh with a cool head tmrow morning.’’

In a separate post on Sunday, Supriyo uploaded reactions of BJP’s West Bengal president Dilip Ghosh and TMC spokesperson Kunal Ghosh after his Facebook Post announcing his resignation. “Some people used languages according to their choice. I accept all these. I will answer to their comments by delivering without being an MP or a minister. I will feel good if I can build up a hospital in the name of my mother in Asansol and distribute blankets for the poor with the earning of my stage performance,’’ he wrote.