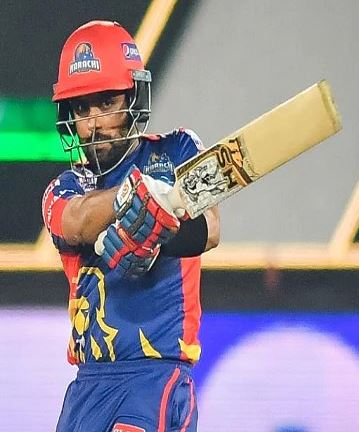 Karachi Kings, on the back of Babar Azam’s crafty run-chase special, defeated Lahore Qalandars in the final of the recently-concluded Pakistan Super League 2020 (PSL 2020) season. The cricketer scored an unbeaten 63 from just 49 balls and was adjudged as ‘Player of the Match’ for his efforts. Apart from lifting the coveted PSL 2020 trophy for Karachi Kings, Pakistan’s national captain also ended his campaign with a plethora of individual awards and playing milestones.

Through his unbeaten match-winning innings in the PSL 2020 final, Babar Azam extended his tournament run-tally to 473 runs. With the aforementioned run tally, he ended PSL 2020 as the highest run-getter of the season. He scored his runs across 11 innings at a prolific average of 59.12 fuelled by five half-centuries. Apart from ending the season as its leading run-scorer, Babar Azam also bagged the ‘Player of the Tournament’ honour.

Babar Azam also shattered several batting records during his run-scoring spree this PSL 2020 season. Here is a look at a list of all records Karachi Kings’ star batsman now holds to his name –

Babar Azam was adjudged as ‘Man of the Match’ in the qualifier as well as in the final, thus becoming the first batsmen to win the award in two successive PSL playoff matches.

With 473 runs, Babar Azam now holds the record of scoring most runs in a single PSL season. The previous record was held by Islamabad United’s New Zealand import Luke Ronchi in the 2018 edition.

Babar Azam struck 55 boundaries during his entire PSL 2020 run. In doing so, he created the record of scoring most boundaries in a single PSL season, also eclipsing Luke Ronchi’s 51-boundary collection from 2018.