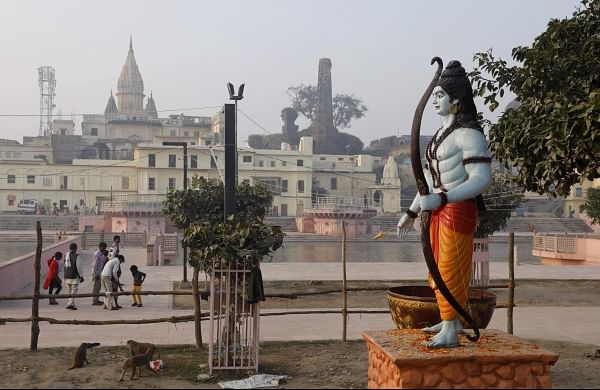 LUCKNOW: The donation campaign, which was spearheaded by Shree Ram Janmabhoomi Teertha Kshetra Trust and the Vishwa Hindu Parishad (VHP) towards the construction of the Ram temple on Shree Ram Janmabhoomi premises, has led the coffers of the temple trust brimming with Rs 5457.94 crore but the tentative report of the team monitoring the donation campaign at all India level has claimed that the cheques worth Rs 22 crore of the corpus have bounced.

On the other, the figure of the total amount collected so far is tentative as a district-wise audit of the trust accounts is going on. As per the trust sources, a new audit report was being prepared separating the cheques which were bounced.

Moreover, each bounced cheques is being examined to ascertain the reason for which it got bounced. “The cheques which were bounced due to technical reasons would be represented again after taking the consent of the bank concerned,” said a member of the trust.

It may be recalled that a 44-day fund-raising campaign was launched by the temple trust and the VHP on January 14, 2021. The initial campaign had resulted in the collection of Rs 2100 crore at its conclusion on February 28, 2021.

Before launching the campaign, the temple trust had given an estimated projection of Rs 1100 crore for the construction of temple premises. The temple alone was estimated to be constructed at a cost of Rs 300-400 crore. Till June last year, the Temple Trust had got a total of Rs 3,200 crore collected through people’s donation in its account. As per trust general secretary Champat Rai, the initial sum was collected after a campaign with 11 crore families at five crore eleven lakh places across the country.

ALSO READ | Ram temple foundation in Ayodhya to be completed this month, consecration by December 2023: VHP

At present, according to the report of the team monitoring the donations, of the total amount of over Rs 5400 crore, Rs 2235.97 crore were received by coupons and receipts, Rs 2753.97 were collected through digital medium and Rs 450 crore were collected in the savings account owned by the temple trust in SBI, PNB and Bank of Baroda (BOB). The trust had got donation coupons printed for Rs 10, Rs 100 and Rs 1000.

The donation amount more than Rs 1000 was accepted by the temple trust on the receipts it issued to the donator.