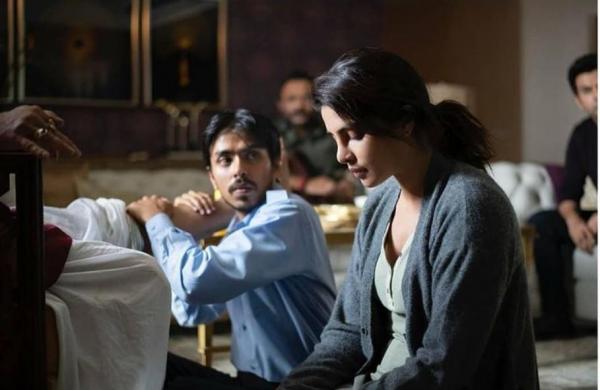 By PTI
MUMBAI: Priyanka Chopra Jonas on Saturday penned an emotional note for the love and acceptance her Netflix film “The White Tiger” has received.

Based on author Aravind Adiga’s 2008 novel of the same name, the movie started streaming on Netflix from January 22.

Taking to Instagram, the actor shared the film’s poster and revealed that the Ramin Bahrani-directed movie has been on the Top 10 film list in 64 countries.

The film, which also features Adarsh Gourav and Rajkummar Rao, has been watched in 27 million households in its first four weeks of release.The White Tiger

“It’s so emotional for me to see the discovery and acceptance of this brilliant incredible story. ‘The White Tiger’ being embraced by audiences all over the world is awe inspiring,” Chopra Jonas wrote.

The 38-year-old actor-producer thanked Bahrani, Adiga and the cast and crew of “The White Tiger” for their hard work and making the film a success.

“Congrats and thank you to Aravind, Ramin, Adarsh, Raj, Mukul, Ava and everyone involved. Thank you Netflix for giving our little movie wings. #grateful,” she added.

“The White Tiger” chronicled the extraordinary journey of a driver named, Balram (Gourav).

It follows Balram’s rise from a poor villager to a successful entrepreneur in India, showcasing how hunger and lack of opportunity can build and drive a human being’s animal instinct of survival.

Chopra Jonas stars as Pinky Madam, a first-generation immigrant in the US, who is married to Rao’s character Ashok.

She also served as an executive producer on the film along with Emmy award-winning filmmaker Ava DuVernay.

Netflix has produced the movie in association with Mukul Deora.