Availability:More than half of the share of women in MGNREGA, the highest in the last four years 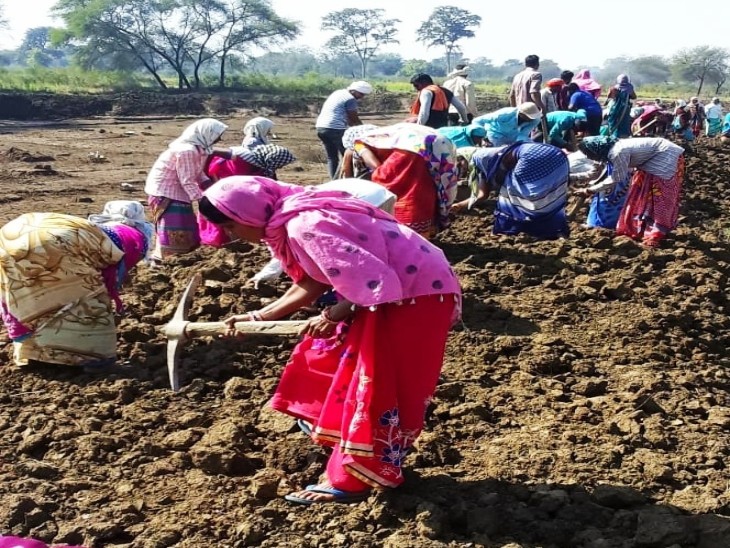 In Chhattisgarh, half the population ie women participation in MNREGA works is more than half. In the last four months of the current financial year 2020-21, 24 lakh 28 thousand 234 women have got work here. During the state, the share of women in the total employment created during this period is 9 crore 17 lakh 87 thousand man-days, four crore 65 lakh 85 thousand. The participation of women in MNREGA works so far this year has been 50.75 per cent, the highest in the last four years, even though four months of the current financial year have not been completed. A total of 48 lakh 14 thousand 330 laborers have been provided employment in Chhattisgarh under various MNREGA works this year. These include 24 lakh 28 thousand 234 women workers. The share of women in MNREGA works is continuously increasing. The participation of women in the year 2016-17 is 49.31 percent, 49.71 percent in 2017-18, 50.05 percent in 2018-19, 50 in 2019-20. 70 percent and so far in the current financial year has been 50.75 percent. The highest share of women has been achieved in the first four months of this year. MNREGA is proving to be a large and accessible means of employment for women too. Durg district is the top in providing employment to women in the state. There is 64 per cent female participation in MNREGA works this year. Balod has 62 percent, Rajnandgaon 59 percent, Raipur 54 percent, Bastar 52 percent and Bilaspur, Dhamtari, Kondagaon and Narayanpur 51-51 percent.

Women doing many things including PM housing construction
These women PM labor construction includes labor, goat shelter, poultry shelter, paved floors for cattle, kotna construction, land leveling, well construction and private dabri construction. Women are enhancing their livelihood through works such as agriculture, horticulture, fisheries, goat rearing and poultry farming. According to MNREGA provisions, it is mandatory to have one-third of women in employment. Provision has also been made to increase the participation of Divyang and single women.