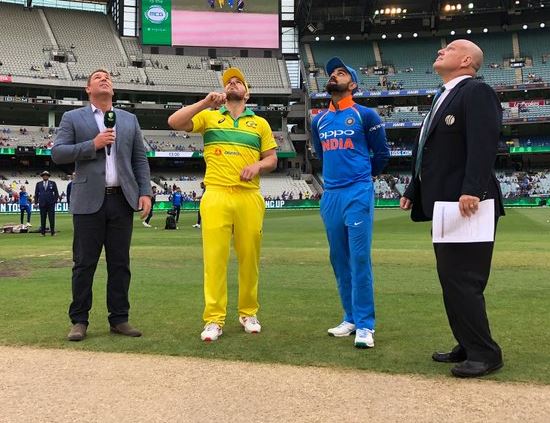 In the first match of the India-Australia ODI series starting today, Australia has decided to bat after winning the toss. With the new jersey and new atmosphere in the Corona era, the Indian cricket team will return to international cricket against a veteran like Australia, then they will miss their hitman Rohit Sharma in the first ODI cricket match on Friday.

Virat Kohli’s team last played an international match against New Zealand in early March. The team, which has been away from international cricket for a long time due to the Corona epidemic, now faces a fierce race like Australia, which will not be easy to beat on its soil.

The Indian batsmen are going to face the best fast attack while Australia also have a skilled spinner in the form of Adam Jampa, who has troubled Kohli many times. In the presence of returning Steve Smith, run machine David Warner and rising star Marnus Labuschen in the rhythm, the Indians will have to do their best to defeat Australia on their land.