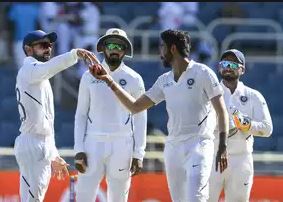 England is third with 60.83 percent, New Zealand is fourth with 50.00 percent and Pakistan is fifth with 39.52 percent. The final of the World Test Championship will be played between the top two teams in this table. The International Cricket Council (ICC) announced on Thursday that the decision of the two finalists of the World Test Championship (WTC) will be decided on the basis of percentage of points which is now approved by the ICC Board.

This new rule was recommended by the ICC Cricket Committee headed by Anil Kumble at the quarterly meeting of the ICC starting on Monday. ICC Chief Executive (CEO) Manu Sahni said that both the Cricket Committee and the Chief Executive Committee have approved this new system. In the new calculation, in the ranking made on the basis of percentage of points, Australia has topped the list with 82.2 percent while India has come second with 75 percent. Earlier, India was at the first position with 360 points and Australia was at number two with 296 points. But the new calculation has changed the ranking of both teams.