Australia shocked, Warner out of Test series after ODI, T20 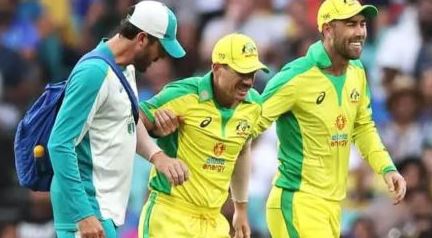 The Australian team has suffered a big setback in the series being played against India. Opener David Warner is out of the series due to injury. After the ODI, T20, Warner has also been ruled out of the Test series. The ICC has given this information. Joffra Orcher has been included in the squad after Australia’s dismissal of David Warner. Apart from this, bowler Pat Cummins has been rested in the first Test match against India.

It is known that Warner suffered a groin injury during the second ODI on Sunday. Warner had trouble getting up after diving in the fourth over of the Indian innings. Warner jumped to stop the ball and groaned painfully after falling. He was later taken out of the Sydney Cricket Ground. This senior player was taken to a nearby hospital for a scan.

Teammates Pat Cummins, Glenn Maxwell and physio David Beakley helped Warner walk a few steps to reach the Australian dressing room, after which he went straight to the hospital. Before being injured at mid-off, Warner played a brilliant 83 runs during Australia’s 389 for four.

The last match of the ODI series will be played in Canberra on Wednesday. A four-match Test series will be played after the limited overs series. Test matches will start in Adelaide from 17 December. Two days ago Marcus Stoinis also got a muscle strain in the opening match of the series. Significantly, Australia defeated India by 66 runs in the first ODI and 51 runs in the second ODI, and captured the three-match ODI series 1-0.