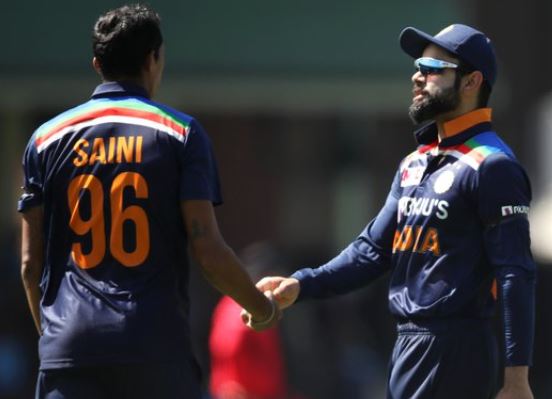 Host Australia has set a mammoth target of 375 runs for India thanks to Aaron Finch’s 114 runs and Steve Smith’s 105 runs. Indian bowling and fielding looked breathless, taking advantage of which the Australian team scored a score of 374/6.

If you look at the bowling analysis of Indian bowlers, then Yuzvendra Chahal was the most expensive. He conceded 89 runs in 10 overs, he got a wicket. Mo. Shami be better. He scored three successes for 59 runs.

Smith scored his 10th century of ODI International cricket. His century came in 62 balls. Marnus Labuschen was caught in the big shot. Navdeep Saini got the wicket. Australia’s 5th wicket fell at 331.