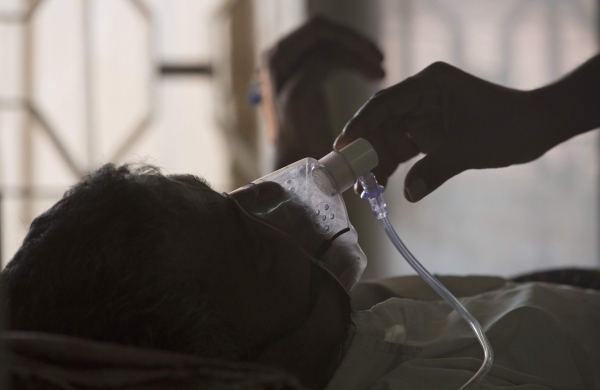 By PTI
AURANGABAD: To meet the growing demand for oxygen at medical facilities, the administration in Maharashtra’s Aurangabad district has acquired the oxygen plant of a steel factory here, an official said on Friday.

Collector Sunil Chavan said a team of officials has been appointed to ensure smooth supply of the life-saving gas from the plant, belonging to R L Steel in Chitegaon of Paithan.

“The plant has the capacity to produce nearly 500 oxygen cylinders per day. This facility will be used if there is a rise demand for oxygen and the existing suppliers cannot fulfill it,” an official from the monitoring team said.

The demand for oxygen in the district was 59 metric tonnes on Thursday, and there are 85 COVID-19 facilities in the district currently treating infected patients, a senior official from the food and drug department said.

The plant has a capacity to generate 86,000 litres of oxygen in an hour and produce 300 jumbo cylinders, the official from the Beed district administration said.

To meet demand for the life-saving gas, district Guardian Minister Dhananjay Munde spoke to officials of the energy department and decided to shift the oxygen generation plant from Parli Thermal Power Station to Swami Ramanand Teerth Medical college in Ambjogai, the official said.