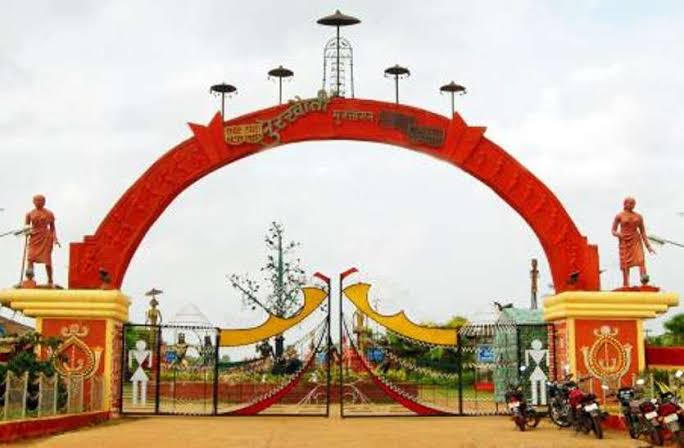 Culture Minister Shri Amarjit Bhagat said that Purkhauti Muktangan located in Nava Raipur should be prepared in a new form in such a way that along with its attractiveness and grandeur, Chhattisgarh’s culture and tradition should have a distinct identity. There should be availability of other necessary materials including accommodation, food and parking for the visitors, tourists, tourists and artists coming to Muktangan. The culture and tradition of Chhattisgarh should be reflected in Muktangan. Swami Vivekananda Bhawan should be restored in its original form. So that the memories of Swami Vivekananda’s arrival in Raipur can be preserved. Culture Minister Shri Bhagat said the above things in the meeting of Purkhauti Muktangan Museum Construction and Steering Committee today. The meeting was held in the Sarguja cottage office located in the capital Raipur. Culture Minister Shri Bhagat also saw a power point presentation of the design of the Bharat Bhawan, Archives, Manav Sangrahalaya and Swami Vivekananda Memorial to be built in the Muktangan complex. He said that adequate facilities should be available for all types of people like tourists, tourists, researchers, artists etc. in these buildings being built under an umbrella. Officials said that the number of visitors and tourists is increasing continuously in the Purkhauti Muktangan complex. There is a need to install CCTV cameras in Muktangan for the care of exhibits, antiquities and artefacts. Taking this seriously, Minister Shri Bhagat agreed to install 30 nos of CCTV cameras in Muktangan. Officials said that battery operated vehicles are being operated in Purkhouti Muktangan for the convenience of the visitors and tourists. For this the rate should be fixed. In the meeting, it has been agreed to fix the tour rate of Rs 50 per person. In the meeting, the officials said that a display of Ram Van Gaman tourism circuit would also be put up on the map of Chhattisgarh in an attractive form in the Muktangan complex. Also, 10 shops are to be constructed on the right and left of the main gate for the convenience of the tourists. Minister Shri Bhagat has expressed happiness over this. The meeting also discussed in detail about parking system, electricity, water, accessible-toilet, public convenience center etc. In the meeting, Secretary, Culture and Tourism Department, Mr. Anbalagan P., Director Mr. Vivek Acharya, of Chhattisgarh Culture Council. Members Shri Naval Shukla, Shri Ishwar Singh Dost and Shri Yogendra Tripathi, concerned senior officers of the department were present. Like this:Like Loading… Continue Reading