Attention ‘A Quiet Place’ fans! Third installment of film to release in 2023 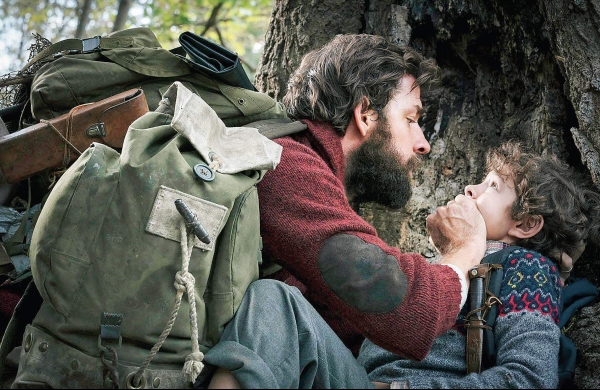 By ANI
WASHINGTON: After the massive success of ‘A Quiet Place 2’, Paramount has announced the third part in the horror franchise. The upcoming film is set to release on March 31, 2023.

As per Variety, the makers have revealed that the movie is not a threequel but rather a spinoff based on an idea from director John Krasinski.

‘Mud’ director Jeff Nichols will take over from John Krasinki as helmer, with a story based on an idea by Krasinski. Nichols handed in the script for the new installment, just days ago, Krasinski told Rotten Tomatoes’ Erik Davis.

‘A Quiet Place 2’ revolves around the Abbot family, who were terrorised at home in the original film, venturing into the post-apocalyptic outside world where they realise that creatures that hunt by sound are just one of the threats awaiting them.

By the end of the movie, the two oldest children of the Abbott family- Regan (Millicent Simmonds) and Marcus (Noah Jupe) step up to protect their mom (Emily Blunt) over the dead bodies of aliens.

‘A Quiet Place’, which released in 2018, scored big with critics and went on to earn an Academy Award nomination for best sound editing, along with several Critics’ Choice nominations.

The first ‘Quiet Place’ movie, which was budgeted at just USD 17 million, became a sensation when it opened to the highest weekend gross ever for a horror movie and went on to make USD 340 million worldwide.

The first part revolves around a family forced to survive in a world with monsters that hunt by sound.