‘Attack’ on Mamata: Question is whether it was engineered, says Union Minister Shekhawat 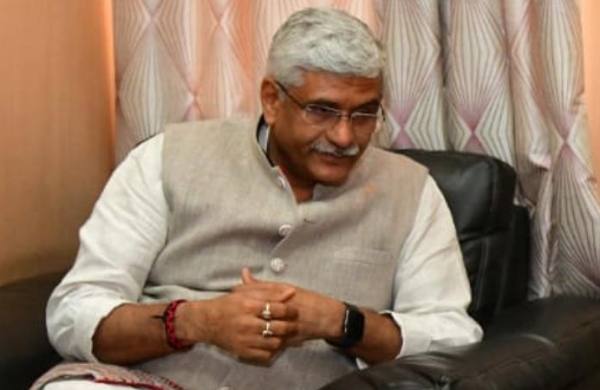 By PTI
NEW DELHI: Union Jal Shakti Minister Gajendra Singh Shekhawat on Saturday expressed doubt over the incident in which West Bengal Chief Minister was injured during her poll campaign, and sought to know whether it was engineered.

Banerjee fell down and sustained injuries on her left leg and waist after she was allegedly pushed by unidentified people while she was campaigning in Nandigram assembly segment on Wednesday evening after filing her nomination from the constituency.

However, a report by the West Bengal Government to the Election Commission about the incident had no mention of Banerjee’s allegation that four to five people had attacked her.

Interacting with reporters on Saturday, Shekhawat exuded confidence that there will be a “BJP tsunami” in the West Bengal Assembly election.

The BJP has witnessed an exponential growth in the state, he claimed.

Asked about the impact of Banerjee’s injury on the election results, he said, “The question is whether or not the incident was engineered. Same was the question when the echo of a slap was heard in Delhi because the scriptwriter of the two is the same,” Shekhawat said without naming anyone.

On Friday, a TMC delegation met the Election Commission and claimed that attack on Banerjee was a “conspiracy”, while the rival BJP demanded that the video footage of the alleged incident be made public.

Banerjee was discharged from the state-run SSKM Hospital in Kolkata on Friday after doctors found her recovery to be “satisfactory”.