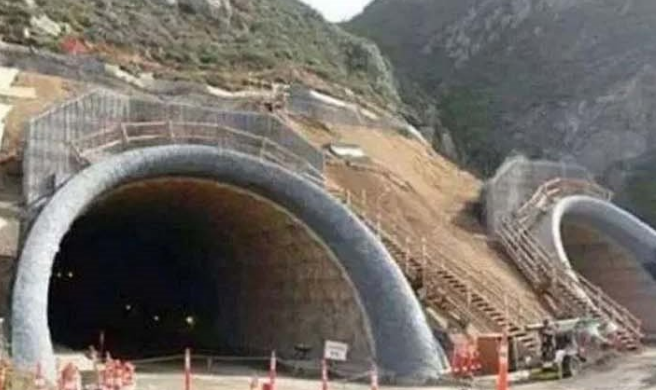 Prime Minister Narendra Modi will inaugurate the strategically important all-weather open Atal tunnel in Rohtang, Himachal Pradesh on Saturday 3 October. Due to this tunnel, the distance between Manali and Leh will be reduced by 46 kilometers and travel time will also be reduced by four to five hours. Officials said that after the inauguration ceremony at Lahaul Spiti’s Sisu, Modi will participate in a public function in Solang Valley.

He told that along with the Prime Minister, Defense Minister Rajnath Singh will also be present. The Atal Tunnel is the longest highway tunnel in the world. The 9.02 km long tunnel will keep Manali connected to the Lahaul Spiti Valley throughout the year. Earlier, the valley was cut off from the rest due to heavy snowfall for about six months. The tunnel has been built at an altitude of about three thousand meters above sea level with state-of-the-art specialties among the Pir Panjal mountain range of the Himalayas.

According to officials, the Prime Minister will reach the Snow and Avalanche Study Foundation (SASE) in Kullu district on October 3. He will stay at the guest house of the Border Roads Organization (BRO) and interact with the officials there. Officials said that the Defense Minister would reach Manali on Friday evening and hold a meeting with BRO officials. He will inspect the tunnel before its opening.

Modi will reach its northern portal in the Lahaul Valley of Lahaul-Spiti district through the Atal tunnel and will give a green signal to the Himachal Road Transport Corporation (AVRTC) bus for the southern portal in Manali. The southern portal of the Atal tunnel is built at a height of 3,060 meters, 25 kilometers from Manali, while the northern portal is located at a height of 3,071 meters near Taling, Sisu village in Lahaul Valley. Officials said that the horseshoe-shaped two-lane tunnel has an eight meter wide road and its height is 5.525 meters.

He told that the tunnel built at a cost of Rs. 3,300 crores is very important from the perspective of defense of the country. The design of the Atal tunnel has been designed for three thousand cars and 1500 trucks per day, in which the maximum speed of vehicles will be 80 kilometers per hour.