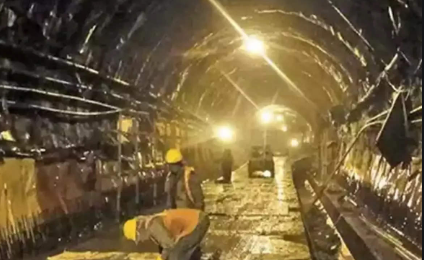 Prime Minister Narendra Modi recently dedicated to the country the world’s longest Atal Tunnel Rohtang (Atal Tunnel Rohtang) built in Himachal Pradesh at an altitude of more than 10 thousand feet above sea level. Because of BSNL, users are getting 4G internet connectivity facility within this 9.02 km long tunnel. It is the world’s first tunnel where 4G internet connectivity is available. BSNL users will get 20 to 25 mbps internet speed inside this tunnel connecting Manali in Kullu district and Lahul in Lahul-Spiti district. Bharat Sanchar Nigam Limited (BSNL) has installed Base Transceiver Station to provide 4G Internet connectivity at Atal Tunnel Rohtang. Three such BTS towers have been erected. With the construction of this tunnel, the distance between Manali and Leh has been reduced by 46 kilometers. Before the launch of this tunnel, Lahul Spiti had lost contact with other parts for several months. Due to this tunnel named after former Prime Minister Atal Bihari Vajpayee, now Lahul will remain in touch with other parts of the country the whole time. This tunnel is also very important from a strategic point of view, because of this, military activities will continue to run smoothly throughout the year.