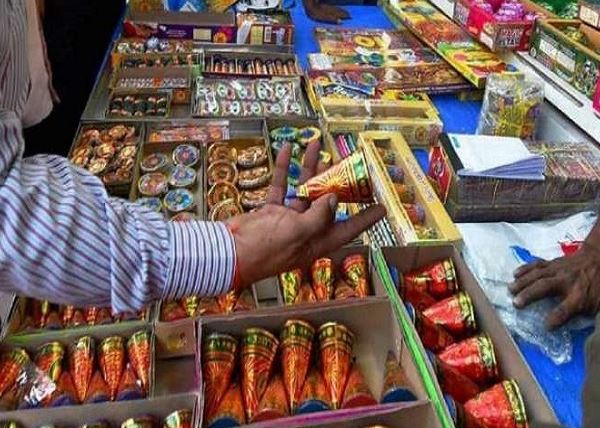 To ensure compliance of the order passed by the National Green Tribunal New Delhi regarding the bursting of firecrackers on the occasion of Deepawali, Chhath, Guruparv, New Year and Christmas festivals, Collector Shri Chandan Kumar, all SDMs, Tehsildars of the district And has directed the municipal authorities. Directing the officers, Collector Shri Chandan Kumar said that only the pollution-free and green firecrackers produced by the municipalities, nagar panchayats, district panchayats, which produce less pollution, should be sold only at the selected locations by the licensee tenders and vendors. On the occasion of various festivals, the time of bursting of firecrackers has been fixed, the firecrackers should be ensured till the appointed time. He said that the manufacture and sale of all such firecrackers which used lithium, arsenic, antimony, lead mercury were banned by the Supreme Court. Therefore, strictly investigate the sellers and manufacturers of such firecrackers and cancel the licenses of violators of the norms and take legal action against them. Only green firecrackers should be sold in the markets which have mono of green foyer work and are certified by Council of Scientific and Industrial Research and National Environmental Engineering Research Institute (NIRI). Collector Mr. Chandan Kumar said that the sale and sale of firecrackers through online e-commerce channels is prohibited by the Supreme Court. Therefore, keep a close watch on the digital platform of social media and strict action should be taken against those who do so.