At the G20 summit, PM Modi said- Corona is the biggest challenge before the world after World War II. 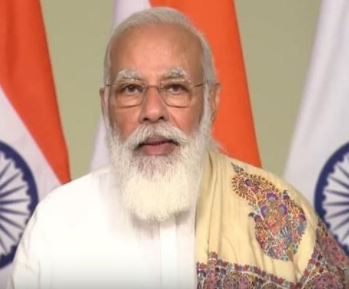 Prime Minister Narendra Modi said at the G20 conference on Saturday that the Kovid-19 epidemic is the biggest challenge facing the world after World War II and the turning point in the history of humanity. He offered India’s information technology skills in the effective functioning of the G20.

Modi also said that ‘working from anywhere’ is a new normal situation in the post-Kovid world and suggested the creation of a digital secretariat of the G20.

The Prime Minister suggested the development of a new global index for the post-corona virus world in which four important elements – creating a large pool of talent, ensuring access to technology to every section of society, bringing transparency to the governance system and to the Earth Watch with a sense of protection – get involved.

He said that on this basis, the G20 can lay the foundation of a new world.

Shah Salman of Saudi Arabia started the G20 conference. This year due to the corona virus epidemic, the heads of state of the member countries of the group are meeting digitally. India will host the G20 conference in 2022. Prime Minister Modi tweeted, “Very constructive talks with G20 leaders. The coordinated efforts of the world’s largest economies will surely lead to rapid response to this epidemic. Thanks to Saudi Arabia for organizing the digital conference. “The Foreign Ministry said in a statement that the Prime Minister described the Kovid-19 epidemic as a turning point in the history of humanity and the biggest challenge facing the world after World War II.