At meeting with PM Modi, Mamata Banerjee asks about efficacy of COVID vaccines 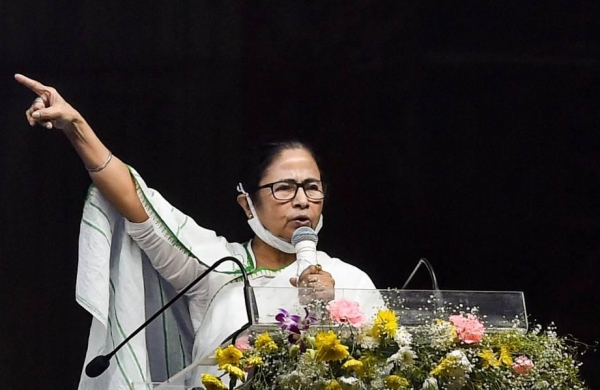 By PTI
KOLKATA: West Bengal Chief Minister Mamata Banerjee on Monday asked about the efficacy of the two COVID-19 vaccines which the Centre has decided to use during the nationwide inoculation drive and enquired why states were not given any option to choose between the two.

During a virtual meeting between Prime Minister Narendra Modi and chief ministers of various states on the vaccination process starting January 16, Banerjee enquired whether or not the states have to purchase the vaccines for people other than those in the priority category such as health and other frontline workers.

According to an official statement, she also asked if “adequate scientific confirmation was available in support of both the vaccines (Covishield and Covaxin) that are now being offered by the government of India”.

Banerjee said that “states have been left with no option to choose or procure between the two vaccines and the Government of India has made a specific decision in favour of both the vaccines”.

She said that adequate scientific opinions should be obtained before confirming the efficacy of both the vaccines and sought a clarification on whether there was any side effect of the vaccines.

Later, she was assured by Niti Aayog member Prof (Dr) Vinod K Paul that both the vaccines are “completely safe based on the scientific evidence” and there is no report of serious side effects.

The chief minister also sought “frontline worker” status for transport workers and said that the authorities should provide them with the COVID-19 vaccine.

At the meeting, she assured the prime minister that the state government is fully prepared for the vaccination exercise and various committees have been formed to handle the process, the statement said.

She also informed Modi that the state has prepared adequate storage capacity for the storage of the vaccine, and all 941 cold chain points have been thoroughly inspected.

The chief minister said that the state has identified 44,000 vaccinators and more than 4,000 vaccination sites across West Bengal for the first phase of the exercise.

At least 5.8 lakh government and private healthcare workers have been enrolled for the first phase and all the data have been uploaded on Co-WIN portal, an online platform for monitoring COVID-19 vaccine delivery, she said.