Assamese institutions in Shillong wary of threat to land 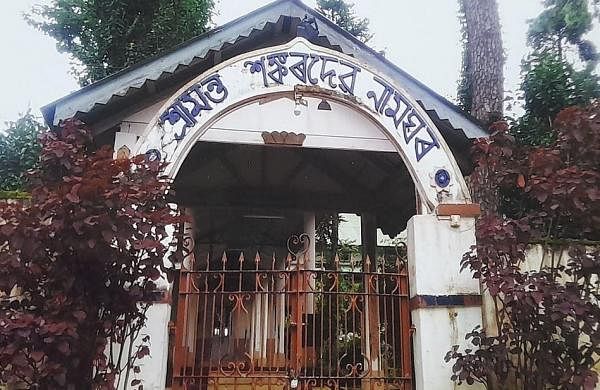 GUWAHATI: The Shrimanta Sankardev Cultural Centre, Shillong, has written to Assam Chief Minister Himanta Biswa Sarma seeking his help as it suspects a threat to its land from influential locals, including politicians.

The Assamese community runs some religious and socio-cultural institutions in Shillong. The other properties include the Assam Club, Assam Cultural Centre, Laban Namghar etc.

A Meghalaya minister had proposed to develop the Shrimanta Sankardev Cultural Centre and the Assam Club. He said a multi-storey building each, with a shopping complex, parking space, community hall etc, would be built at the two properties. However, the Assamese settlers suspect that they might end up slowly losing the properties.

The minister had convened a meeting with the members of the two institutions at the secretariat at 4 pm on Tuesday “regarding proposed construction of cultural centre at your premises” but the institutions chose not to attend it.

In a letter to the Assam CM in June, the cultural centre had said the “limited” Assamese living in Shillong were finding it tough to manage the institutions.

It said the community was worried about the future of the institutions due to the lack of support from the Meghalaya government and its policy.

“The Assamese had set up these institutions after a lot of efforts. They are now in grave danger. There is a lack of eligible persons to run them. We solicit your support for their safety, preservation and development,” the letter to Sarma reads.

It was learnt Sudarshan Thakur, who is the secretary of Srimanta Sankaradeva Kalakshetra, Guwahati, visited Shillong recently and conducted a spot verification, purportedly at the Assam CM’s direction. He visited all the institutions, run and managed by the Assamese.

The Assamese population in Shillong is estimated to be around 1,000-1,200. There are only 24-25 families of permanent settlers.

“Within 10-15 years, the Assamese population will be nil in Shillong. We want the Assam government to intervene and manage the cultural centre. It can appoint some people to run it under the Srimanta Sankaradeva Kalakshetra, Guwahati,” a member of one of the institutions told The New Indian Express.

Meghalaya was carved out of Assam to be created as a state in 1972. Until then, Shillong was the Assam capital. After Meghalaya attained statehood, the Assam capital was moved to Dispur (Guwahati). This resulted in a lot of the Assamese shifting base to Assam.