Assam polls: Sushmita still with us, says Congress as trouble brews in party over candidates’ selection 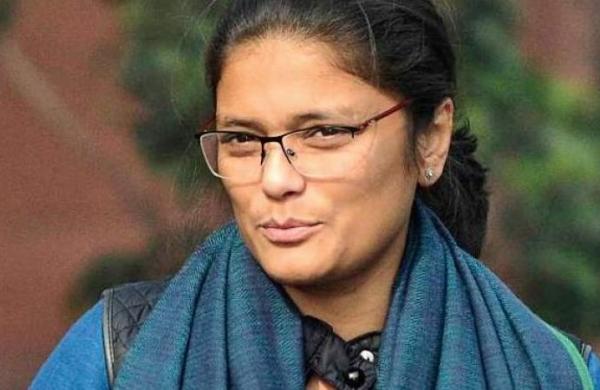 Express News Service
GUWAHATI: The Congress on Saturday rubbished reports that All India Mahila Congress chief Sushmita Dev had resigned from the party.

“It has been brought to the notice of Assam Pradesh Congress Committee that speculative news about the resignation of the president, All India Mahila Congress Ms Sushmita Dev is doing the rounds on television and web portals. We want to make it clear that Ms Sushmita Dev has not resigned from the party,” the Congress said in a statement.

Trouble started brewing within the party over the selection of some candidates and its seat-sharing arrangement with the All India United Democratic Front (AIUDF), particularly in the Bengali-majority Barak Valley.

Dev was angry that she was not consulted during the process of selection of candidates. A group of Congress workers from the Valley in southern Assam vented ire in front of party leaders who had gathered at a hotel in Guwahati, ostensibly to announce the first list of candidates, which has now been delayed.

The Valley has three districts – Cachar, Karimganj, and Hailakandi – and 15 Assembly segments.

Congress sources said Dev was annoyed that the Congress allowed the minority-based AIUDF to contest all three seats in Hailakandi. They are currently held by the AIUDF and it refused to part with them.

Dev, it was learnt, was also not happy that the Congress offered the Sonai and South Karimganj seats to the AIUDF by ignoring her suggestions.

The Mahila Congress chief was not happy over the Congress’s choice of candidate in the Borkhola seat. The Congress said the differences would be ironed out soon.

The party leads a grand alliance of Opposition. It was formed with the sole aim of ousting the BJP from power. Apart from Congress and AIUDF, the other components are Bodoland People’s Front, CPI, CPM, CPI-ML, and regional Anchalik Gana Morcha.