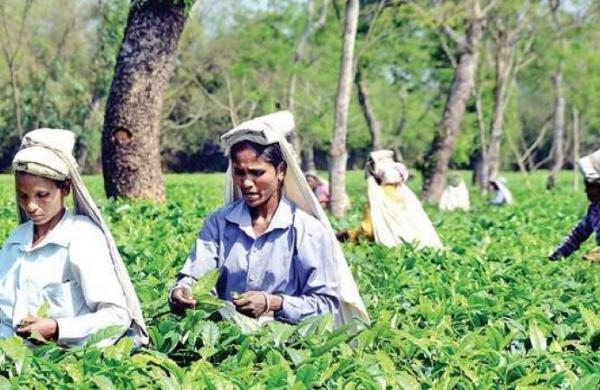 Express News Service
GUWAHATI: Faced with a tough election, the BJP, which heads Assam’s three-party ruling coalition, is doling out cash and various schemes to tea garden voters to keep them in good humour.

Assam has 126 Assembly seats and in 40-42 of them in Upper, Central, and Northern Assam besides Barak Valley, the votes of the tea garden workers determine the fate of political parties.

As the BJP is expected to face a challenge in the aftermath of the formation of a Congress-led grand alliance of six Opposition parties and the birth of two regional forces, it is now trying to win over the tea workers to retain power.

The Assam government on Saturday transferred Rs 3,000 each to the bank accounts of 7,46,667 tea workers under the Cha Bagichhar Dhan Puraskar Mela. Earlier, they received two installments of Rs 2,500 each. The government has so far spent Rs 584 crore under the scheme.

Taking part at the Mela in Guwahati, Union Finance Minister Nirmala Sitharaman said ahead of the 2014 Parliamentary elections, Prime Minister Narendra Modi would often say in his public speeches that the Centre would have to do something for the tea workers and that is the reason why today they were beneficiaries of so many schemes.

“Assam tea has a brand value and the world remembers it. We all have tea waking up in the morning but your children eat stale rice. This situation has to change. The children of the workers, who provide tea to the world, must have access to fresh food, not stale food,” Sitharaman said, addressing thousands of tea workers.

She said due to technical problems, there were difficulties in transferring money to the bank accounts of tea workers during demonetisation. But she had instructed the banks to open the accounts again so they can reap the benefits. Soon, fresh bank accounts were opened, ATMs installed in tea gardens and mobile banking started, she said.

“The tea workers now enjoy digital facilities which anyone in the metros does. You are directly getting money. There are no middlemen. This is the benefit of digitalization,” she added.

“We introduced several schemes in tea gardens for the development of the workers. The children of tea workers are today marching ahead to win the world. Three of them cracked the Assam civil services exam,” Sonowal said.

The state’s Finance Minister Himanta Biswa Sarma said the government was relentlessly working for the welfare of tea workers stating that every time they faced a problem, it stood by them.

He assured the workers that the government would soon hike their wages. Currently, it is Rs 167 and they are demanding Rs 351.

“Wait for 10 days. We are going to issue a notification for the hike in wages. After the next cabinet meeting, you will get to hear more good news,” Sarma said.

He said the government would make sure that the children of each tea garden worker have access to education and financial assistance.

The Assam government has initiated a number of schemes for the tea community. They get free rice. Every pregnant woman is handed a financial aid of Rs 12,000 for nutrition. So far, 47,000 women have availed of the benefit.

Also, the government spent Rs 1,400 crore in building roads in tea gardens. It has started building schools in 199 gardens. The government has passed instructions that they should be functional from May 1.

The government has also reserved seats in medical and engineering institutes for the children of tea workers. It is now working on reserving 10% seats at all colleges and providing breakfast to the children of the community in addition to mid-day meal.