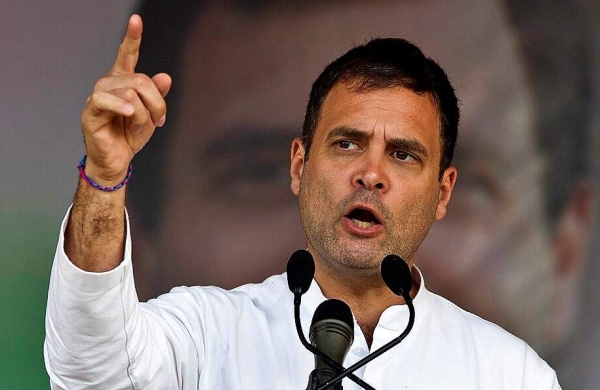 Express News Service
GUWAHATI: Congress leader Rahul Gandhi on Saturday slammed the Narendra Modi government for “increasing” the problem of unemployment in the country. “Prime Minister Narendra Modi says about ‘Make in India’. But go to any part of the country, you will find that the unemployment problem has risen in every state,” Gandhi told a crowd at a rally in poll-bound Assam’s Mariani.

The Mariani seat, where the fate of candidates is determined by tea garden voters, has been held by the Congress for 15 years. “I told you demonetisation and GST destroyed small and middle-size businesses in the country. They started an attack on the farmers by bringing three new Bills. They are trying to snatch the farmers’ rights. In the entire country, they had spread unemployment,” Gandhi alleged.

He said the Congress, if voted to power in Assam, would give five lakh jobs by filling up the vacant posts in government departments. He committed that the Congress would also help small and middle-size businesses and industries.

ALSO READ | Congress will hike wages of tea workers in 6 hours of coming to power in Assam, not to implement CAA : Rahul Gandhi

“If the Congress party chief minister is appointed in Assam, I promise that the tea workers will get a daily wage of Rs 365. You will also get electricity for free up to 200 units and women will get monthly income support of Rs 2,000,” Gandhi committed.

The last of the Congress’s five “guarantees” is that it will not allow the implementation of the Citizenship (Amendment Act (CAA) in Assam. “They tried to implement the CAA but the Congress had stood up against it in the Rajya Sabha as well as the Lok Sabha. We thwarted it. I tell you the CAA won’t come to Assam,” Gandhi promised.

He also promised that the Congress would protect the culture, language, tradition, and history of Assam and would not allow the state to be run by Nagpur.