Assam polls: Prafulla Mahanta loyalists urge him to lead them 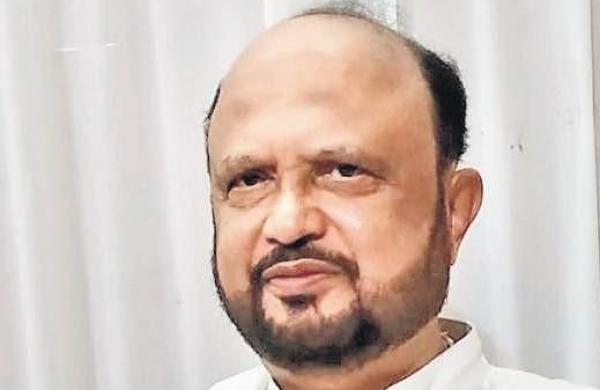 Express News Service
GUWAHATI: Former Assam Chief Minister Prafulla Kumar Mahanta’s stand against the controversial Citizenship (Amendment) Act (CAA) proved costly as he lost the ticket to BJP, but apparently, the game is not yet over.

The leaders of an erstwhile faction of the Asom Gana Parishad (AGP) approached him to lead them.

The onus will now be on the ailing AGP founder-president and Assam Agitation leader to make a choice, whether to continue his political struggle or simply hang up his boots.

The AGP, which is in alliance with the BJP, has officially given the Bahrampur seat to the BJP. The BJP’s Jitu Goswami will contest from the seat which Mahanta has held since 1985 when the AGP had wrested power from the Congress after the six-year-long bloody Assam Agitation.

Mahanta’s political future is now in the realms of speculations. He returned to Guwahati from New Delhi on Friday evening after undergoing treatment at the All India Institute of Medical Sciences.

A delegation of AGP (Progressive) or AGP-P met him on Saturday and expressed solidarity with him.

He said Mahanta listened to the delegation but did not make any commitment.

The AGP-P was Mahanta’s brainchild. He floated it in September 2005 in protest against his expulsion by the party although it got assimilated into the AGP, along with some other splinter factions, in 2008.

Goswami and several other former AGP leaders had earlier formed the Asom Sangrami Mancha and kept voicing protests against the CAA. They are now trying to revive AGP-P and contest the polls.

“I stand firmly with the anti-CAA forces,” Mahanta, who has been all along with a critic of the CAA, had told journalists on Friday evening.

He got cornered in the AGP due to his criticism of the party leadership for maintaining a double standard on the issue. The AGP leadership asserts the party is opposed to CAA but it has continued its support to the state’s BJP-led government, of which it is a constituent.