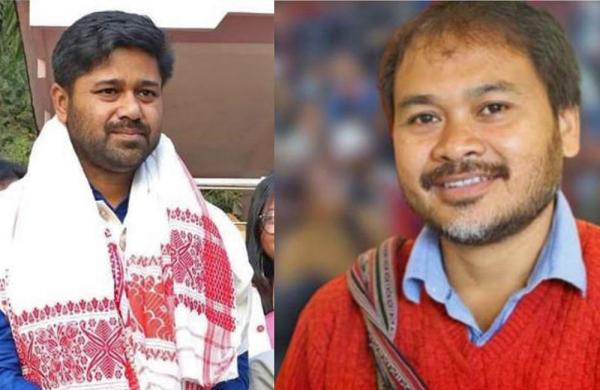 “We said it before that AJP and Raijor Dal will jointly face the upcoming elections. After our meeting with Akhil Gogoi, we would like to tell the people of Assam that our alliance has been finalised. A formal announcement in this regard will be made soon,” Lurinjyoti told journalists.

“Ours will be a government of nationalist forces. No force can prevent us. There will be two fronts this election – national and communal political parties on one side and nationalist forces on the other side,” he asserted.

The AJP president also said that the decision to come together was made to avoid the split of the votes of nationalists and people believing in regionalism.

He said the AJP has already finalised its alliance with the Autonomous State Demand Committee, which is based in the hill district of Karbi Anglong, while “constructive” discussions were on with the Bodoland People’s Front (BPF).

The BPF, which was an ally of the BJP until being ditched recently, is also weighing the option of joining the Congress-led grand alliance of opposition parties. The BJP has virtually struck a poll deal with the United People’s Party Liberal and they together rule the autonomous Bodoland Territorial Council.

“Ours will be a regional front. We will field candidates in all the 126 seats,” Lurinjyoti said.

Stating that Akhil Gogoi has been kept detained with a “Fascist mentality”, Lurinjyoti said the Raijor Dal president should be released soon as he had taken part in a democratic movement and was not involved in any anti-India activity.

Gogoi was arrested by the police in December 2019 when the protests against the Citizenship (Amendment) Act had turned violent, leading to loss of lives. Later, he was handed over to the National Investigation Agency (NIA) in a case pertaining to his alleged links with the CPI (Maoist).

The NIA had charged him with sedition, intention to cause riot against national integration, punishment for criminal conspiracy, and unlawful association under the Indian Penal Code and the Unlawful Activities Prevention Act.