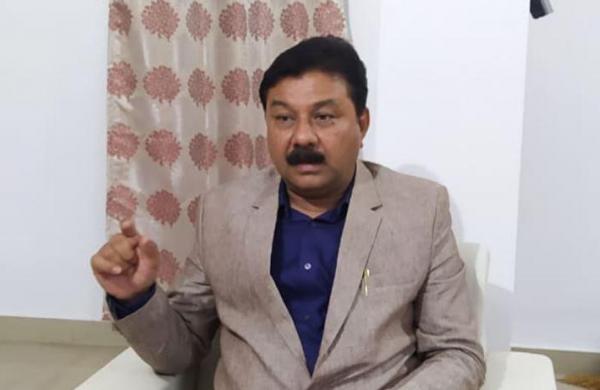 Express News Service
GUWAHATI: The ruling BJP in Assam has made light of the perceived threats from the coalitions of parties in the upcoming Assembly elections, expected in April.

The birth of two regional parties — Asom Jatiya Parishad (AJP) and Raijor Dal — and the alliance between Congress and All India United Democratic Front (AIUDF) are believed to have made the BJP’s task difficult.

However, the party’s state unit chief Ranjit Dass believed that AA (two As) would help the BJP retain power.

He claimed the voters in Upper Assam were upset with the Congress for aligning with minority-based AIUDF and it would help the BJP in at least eight seats such as Mariani, Golaghat, Sarupathar, Nazira, Titabor, Sivasagar, Doom Dooma, and Naoboicha. Naoboicha is held by the AIUDF and the remaining others are with the Congress.

“The AIUDF-Congress alliance may have some relevance in Lower Assam and Barak Valley. It is not a factor elsewhere. In Lower Assam, we have just three sitting MLAs. If at all we suffer, we will suffer there. But the mindset of Muslims has started changing. This was evident in the bye-elections to Jania. We got 15,000 votes. Never before did we poll more than 5,000 votes there,” Dass said.

To further prove his point, he said in the 2019 Lok Sabha elections, the AIUDF had not contested in the Mangaldai seat and the BJP candidate had won by 1.5 lakh votes. Similarly, the BJP had won the Silchar seat by 83,000 votes despite the AIUDF not contesting.

Stating that the Muslims do not mean Congress or AIUDF and all communities reaped the dividends of the government’s various welfare programmes, Dass said there used to be incidents of violence against the Muslims during the Congress rule but the community had not suffered even a scratch under the BJP.

“The houses of the Muslims were torched when the Congress was in power. Of the seven lakh beneficiaries of Pradhan Mantri Awas Yojana, 2.8 lakh were Muslims,” Dass said.

He said the AJP-Raijor Dal would not be able to wean away from the lakhs of votes in Upper Assam. He said except for the Thowrah seat which the BJP had won by 1,500 votes, the margin of victory in most of the other seats was 25,000-30,000 votes.

“The alliance between Raijor Dal and AJP is a boon for us because Raijor Dal means Akhil Gogoi. He had opposed us the last time and his followers voted for the Congress. These votes will now get reduced from the Congress. The AJP might get 4-5% votes,” Dass said.

He felt the BJP would also do well in the Bodoland Territorial Region that has 12 seats. In the last election, the BJP’s now-estranged ally Bodoland People’s Front (BPF) had won all of them. The BJP has decided to align with the United People’s Party Liberal (UPPL) this election. The two parties had grabbed power from the BPF in the autonomous Bodoland Territorial Council last December.

The BJP is launching its seven-day door-to-door campaign “Griha Samparka Abhiyan” to reach out to the voters. The party has four lakh “prishtha pramukhs” and each of them has been tasked to secure at least 60 votes. They were imparted training constituency-wise and told about their duties and responsibilities.

“There are 96 lakh beneficiaries of government programmes in Assam and 2.19 crore voters. If 90 lakh of them bless us, we will get majority. We have 42 lakh online members and eight lakh offline members. Not less than 3,000 people are joining us every day. We are confident we will retain power,” Dass added.