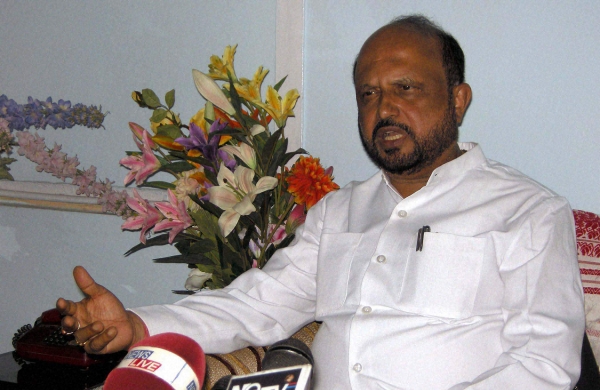 By Express News Service
GUWAHATI: Amidst the perception that the birth of regional forces Asom Jatiya Parishad (AJP) and Raijor Dal will cause a split of the votes of the ruling dispensation in Assam, the BJP on Monday held a meeting with ally Asom Gana Parishad (AGP) and discussed several issues, including seat-sharing arrangement.

State BJP chief Ranjeet Kumar Dass said since the two parties were in an alliance and would fight the elections together, they discussed the issue of seat-sharing arrangement among others.

“We discussed where we can win and if we can win with the sitting MLAs or we have to make changes,” he said.

He also said that there was a possibility BJP would contest from some seats that AGP had contested in 2016 and vice versa. He indicated that they might also contest from a larger number of seats.

Stating that the discussions were held in a positive atmosphere, Saikia said the two parties were focused on forming a “strong and vibrant government”. He said the BJP would declare the first list of its candidates on March 5 or 6.

In the 2016 elections, BJP had forged an alliance with the AGP and Bodoland People’s Front (BPF). The BJP had contested in 84 seats, AGP 24 and BPF 16. In four other seats, BJP and AGP had friendly contests. They had formed the coalition government by winning 86 of the state’s 126 seats (BJP 60, AGP 14 and BPF 12).

Five years down the line, the BJP has now virtually severed its ties with the BPF, which holds sway in the Bodoland Territorial Region (BTR) that has 12 seats. The saffron party will align with the United People’s Party Liberal in BTR. It is headed by former students’ leader Pramod Bodo.

The worries of the BJP and AGP this election are over the formation of AJP and Raijor Dal and the alliance between Congress and minority-based All India United Democratic Front (AIUDF).

The AJP and Raijor Dal are expected to cause a split of BJP and AGP votes in the Assamese-majority areas. The Congress-AIUDF combine is expected to fare well in the Muslim-majority seats as the anti-BJP votes are not going to split this election.

The AJP has launched a very aggressive campaign amidst the perception that the BJP may not give the AGP the 24 seats it contested in the last election. The first of the three-phase polls will be held on March 27.