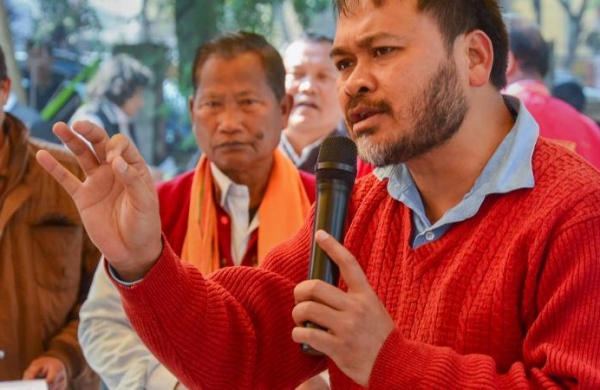 By PTI
GUWAHATI: The newly formed Raijor Dal led by jailed anti-CAA activist Akhil Gogoi on Wednesday released a ‘vision document’, which promised to set up a farmers’ commission to solve their problems and achieve 100 per cent literacy in the state, if the party comes to power in Assam in the assembly election.

The document, released by Raijor Dal working president Bhasco De Saikia, also said that the party will launch a universal health insurance scheme and formulate laws to protect the media and whistleblowers if voted to power.

On the contentious illegal immigrant issue, it suggested that all those who have come to the state before March 25, 1971, will be accepted as per the Assam Accord, the Citizenship (Amendment) Act will be rejected and an error-free National Register of Citizens (NRC) will be brought out.

Saikia said that the party will approach the people of the state with the vision document, which will be the party’s guiding force.

The proposed farmers’ commission will study the problems of the farming community of Assam and solve them, according to the vision document.

It also envisaged to have full literacy in the state by ensuring 100 per cent enrolment of children in schools and preventing drop out till they pass the 12th standard, besides increasing allocation to the education sector by manyfold.

The party will introduce universal health insurance for all people of the state and will include the economically backward in a special health scheme as per the document.

For the safety and security of journalists, RTI activists and other whistleblowers of the society, the vision document proposed to bring in stringent laws once the Raijor Dal wins the election.

It also proposed to take steps to develop industry, infrastructure, flood control mechanism and other sectors.