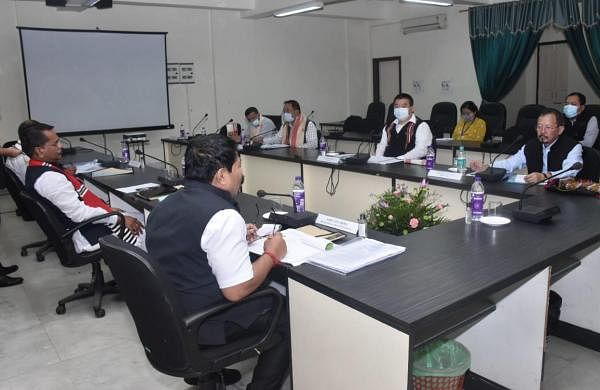 GUWAHATI: Assam and Mizoram agreed to not send their forest and police forces for patrolling, domination, enforcement, or deployment to any of the areas where confrontation and conflict took place between the two police forces in recent times.

This would include all such areas along Assam’s Karimganj, Hailakandi, and Cachar districts and Mizoram’s Mamit and Kolasib districts.

The representatives of the two governments, including ministers, who met in Aizawl on Thursday, issued a joint statement.

According to the statement, the two states agreed to maintain peace along the interstate border and welcomed the deployment of neutral force by the Government of India.

“The representatives of Government of Mizoram convey condolences for the loss of lives on 26th July 2021 and convey best wishes for the speedy recovery of those injured,” the statement reads.

The two sides agreed to take all necessary measures to promote, preserve and maintain peace and harmony among people living in the two states, particularly in border areas.

Later, the Mizoram Chief Minister’s Office tweeted: “Govt. of Assam & Govt. of Mizoram successfully signed a Joint Statement today after deliberations at Aizawl. Both governments agree to take forward the Ministry of Home Affairs’ initiatives to remove prevailing tensions and to find lasting solutions through discussions.”

Assam Minister Ashok Singhal, who took part in the deliberation, wrote on the microblogging site: “With great optimism from both sides, we held our discussion with the Home Minister of Mizoram @Lalchamliana12 Ji & other officials on resolving the #AssamMizoramBorder issue. This is in continuation of the discussion initiated by HCM @himantabiswa Ji & HCM @ZoramthangaCM Ji.”