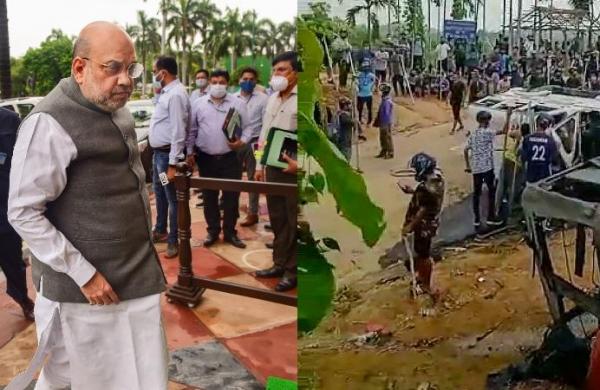 By ANI
NEW DELHI: Attacking the central government over the border clashes between Assam and Mizoram, Trinamool Congress (TMC) MP Derek O’Brien on Tuesday said all eyes are on the Union Home Minister Amit Shah who was in the northeast a few days ago.

“All eyes on the Home Minister, who was in the North-east a few days ago. His incompetence being exposed one day at a time,” tweeted O’Brien.

“Shocked and Stunned to hear about the ruthless violence that has transpired at the Assam-Mizoram Border. My condolences to the bereaved families. Such unremitting incidents under BJPs watch have invited the death of democracy in our nation. INDIA DESERVES BETTER,” tweeted Banerjee.

The border clash between the two states claimed five lives while many police personnel and a few locals have also been injured in the clashes, said reports.

In view of border tensions with Mizoram, the Assam government on Monday urged the neighbouring state to restrain its “people and Police personnel” from indulging in “wanton violence” and work towards restoring peace.

“It is with a heavy heart that we are constrained to note that what is being termed by the Mizoram side as an intrusion and aggression by Assam has left 5 Assam Police personnel confirmed dead (6 as per initial reports, which is being confirmed) and more than 50 injured, including SP Cachar Vaibhav Nimbalkar, who has a bullet embedded in his leg and is in the ICU,” said the Assam government.