Assam CM to reduce security entourage by 50 percent, PSOs of politicians to be cut drastically 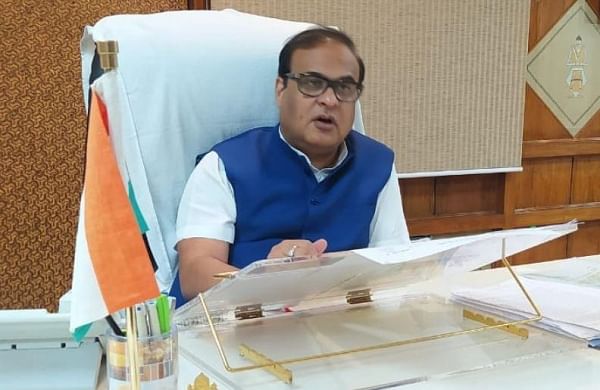 GUWAHATI: Assam Chief Minister Himanta Biswa Sarma said on Saturday that his security entourage would be reduced by 50 per cent and the personal security officers (PSOs) of many politicians, officials and others would also be reduced by half to minimise government expenditure.

The Chief Minister said that over 4,240 PSOs are now being posted with the politicians, in-service and retired officials, businessmen, surrendered militants, tea estate owners and others.

According to Sarma, who also holds the home portfolio, of the 4,240 PSOs, 2,526 PSOs are deployed with the politicians of different parties, 854 with in-service and retired civil officials and 546 with judicial officers.

“We have formed a security review committee to examine the necessity of PSOs for different persons. We want to reduce the number of PSOs by half. Except those people holding constitutional posts, PSOs for others would be reduced drastically,” the Chief Minister told the media after the New Year’s first Cabinet meeting.

Noting that the Assam government has been spending around Rs 400 crore every year to provide PSOs to the politicians, officials and others, Sarma said that currently there are around 22 vehicles in his security entourage which would be reduced by seven to eight soon.

“PSOs should not be the status symbol… It will be based on the necessity of the person concerned,” he said.

Sarma had recently courted a controversy by saying that PSOs are a “Congress culture”.

“Sarma groomed himself in the Congress for many, many years, built his entire political career, and then switched over to the BJP and became the CM. Now he has become allergic to the Congress culture,” Bora had told a television channel.

Sarma had earlier urged BJP leaders and party functionaries to give up their PSOs.

“There is no need for PSOs. We do not have any threat to life as we have done nothing wrong,” the Chief Minister had said at a function in Guwahati.